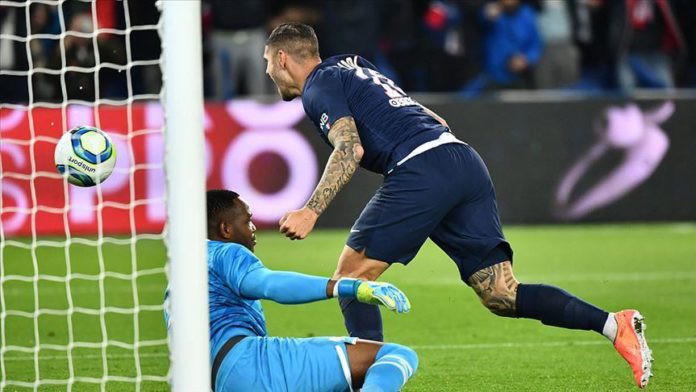 Paris Saint-Germain won the 2019-2020 season’s league title on Thursday as the French top-tier football division was finished in response to the coronavirus pandemic.

“PSG officially won the 2019/2020 French championship,” the Ligue 1 Conforama said on its Twitter account to name the winning club.

Following the organizers’ announcement, Paris Saint-Germain said on social media that they were the official champions of France in 2020.

“#CHAMPI9NSATHOME,” PSG added on Twitter to refer to their 9th league title, and listed the club’s league victories in a video.

This season, PSG were the league leaders with 68 points in 27 matches.

Their bitter rivals Olympique Marseille were in the second spot, having 56 points in 28 weeks.

The Ligue 1 Conforama and Domino’s Ligue 2 (a lower division) were suspended on March 13 due to the virus until further notice.

PSG dedicated this season’s win to medical staff for their efforts against the COVID-19.

“We would like to dedicate this 2019-2020 Ligue 1 title to healthcare staff and to all the everyday heroes on the front line whose commitment and self-sacrifice over many weeks have earned our deepest admiration,” club chair Nasser Al-Khelaifi said.

The pandemic has killed over 229,400 people worldwide, with more than 3.23 million infections, while the recoveries have exceeded 1 million, according to figures compiled by the US-based Johns Hopkins University.

On Thursday France’s death toll from coronavirus rose to 24,376 with 289 new fatalities over past 24 hours.

The 2020 champs, PSG equalled Olympique Marseille’s number of league titles as both clubs earned nine titles each in France.

But Saint-Etienne is still the most successful club in the country with 10 titles as their latest league triumph was in 1981.

ANALYSIS – Is Egypt trying to salvage Haftar’s project in Libya?