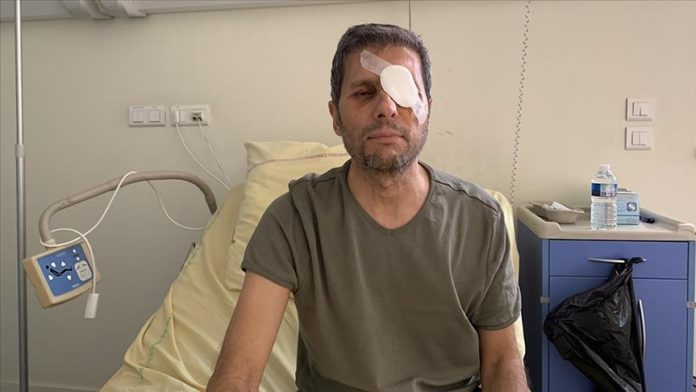 An Anadolu Agency photojournalist, Mustafa Yalcin, was seriously injured in the eye when a plastic bomb used by the security forces hit him in the face, breaking his mask on Dec. 5, 2019.

The prosecutors said Yalcin was injured as a result of the plastic bomb used by police, but the photojournalist was not directly targeted by police.

Prosecutors said direct violence against the police by protesters was clear in the footage on the internet and in other investigations.

The police involvement in the protests was not illegal and disproportionate, they added.