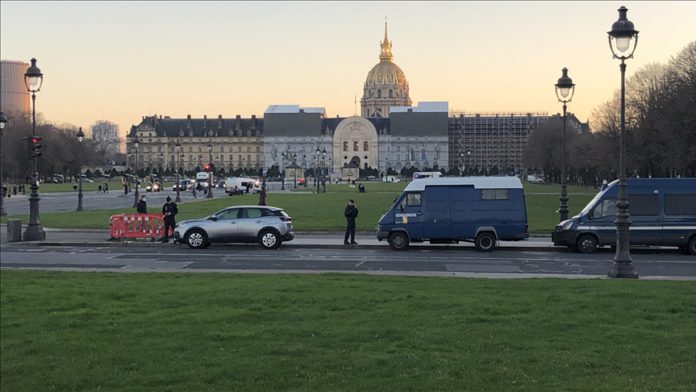 Anticipating massive traffic disruption, Paris police on Thursday prohibited the oncoming motorcade dubbed the “freedom convoy” from entering the capital over the weekend.

Hurt over inflation and COVID-19 restrictions targeting unvaccinated people, several hundred French motorists from across the country are moving towards Paris, inspired by the trucker’s mobilization in Canada against the vaccine mandate in North America.

Organizers of the movement, which has emerged entirely through social media campaigns, have not announced any location for assembly in Paris or asked participants to organize blockades.

However, expecting public order disturbances, the prefecture of police issued an order prohibiting any demonstrations from Friday, Feb. 11 to Monday, Feb. 14. The police chief said firm instructions have been given to the internal security forces to arrest and take action against the violators.

In order to prevent the motorists from creating heavy snarls in and around Paris, similar to the blockage of several roads in Canada and the US impacting cross-border traffic, the city’s police have announced a series of hefty penalties. These include two years in prison, €4500 ($5,145) fine, impoundment of the vehicle, and suspension of the driving license for up to three years.

After demonstrations in Paris, organizers of the freedom convoy have announced their intention to continue their journey towards Brussels. The police order said organizers blocking traffic on the highways could be punished with six-month imprisonment and a €7,500 ($8,577) fine.

The participants in the French freedom convoy do not have a singular defined goal and appear to air their grievances on measures from inflation, soaring gas and electricity prices to the vaccine law.

With the presidential elections around the corner, the growing social resentment could dent the vote share of incumbent Emmanuel Macron who is likely to seek reelection.

Spokesperson Gabriel Attal has said the government is conscious of the weariness of the French who are fed up with the epidemic and assured that the restrictions on the vaccine pass could be lifted by April if the pandemic situation declines.