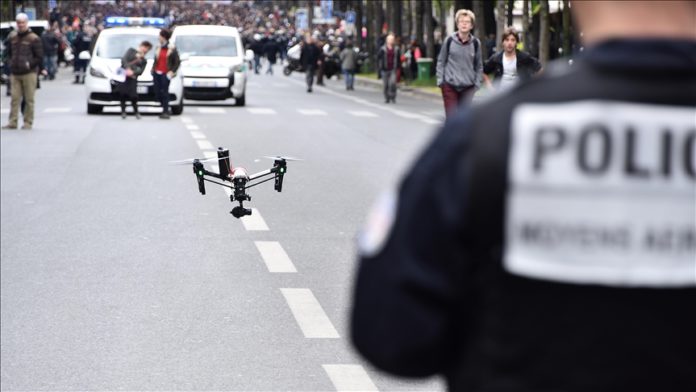 The Council of State also ordered the government to pay a sum of 3,000 euros (US$3,648) to La Quadrature du Net (LQDN), an advocacy group promoting digital rights, which had filed a complaint against the Paris police’s continuous infringement of privacy by flying the drones.

In May, the administrative court passed an order banning the use of drones in respect to the security rules imposed during coronavirus-related confinement, saying it constituted a “serious and unlawful infringement of privacy rights.”

LQDN had contended that in the wake of protests by the Yellow Vest movement, the Paris police headquarters had set up a surveillance system for monitoring large-scale demonstrations on public roads to capture real-time personal data in the video streams through the use of drones. It raised concerns that the capturing, recording and transmitting of images by the police for administrative purposes was illegal and in violation of privacy rights and the freedom of the people.

In the latest ruling, the Council of State ordered the police to cease flying drones and processing personal data, as it was likely to subject large numbers of people to “contentious surveillance measures and infringe their freedom of demonstration.”

The police had been relying on a 2015 order that allows the deployment of flying cameras without restriction “if the circumstances of the mission and the requirements of public order and safety justify it.” The bill on Global Security adopted by the National Assembly in November seeks to regulate the use of surveillance drones by the police.

Last week, the Commission for Human Rights of the Council of Europe had questioned the surveillance measures proposed in the bill via body cameras worn by security personnel, airborne cameras or drones and accessing CCTV footage of public and private spaces and termed the framework to be violating international standards on the protection of privacy, personal data and freedom of peaceful assembly.