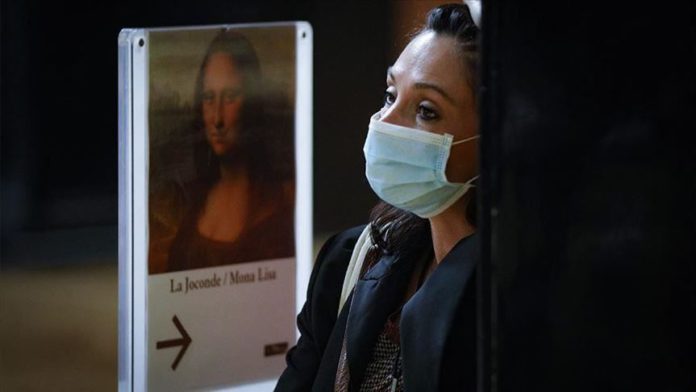 In another move to hinder a coronavirus flareup, the city of Paris made face masks mandatory in certain outdoor areas as of Monday.

The mandate applies to anyone who is outdoors and age 11 or over.

But the new ruling is instituted only in certain neighborhoods and on certain of the main streets and boulevards, those that officials have deemed the most heavily traveled and where people are prone to gather.

Topping the list is along the banks of the Seine, Canal St. Martin, and Villette basin, the city’s main waterways and frequent meeting spots. Wearing a mask will be compulsory in the center of the city, along such well-traveled streets as Rue Saint-Honore, Rue Rambuteau, and Rue Montorgueil.

It applies on the Rue Cler, home to a very lively outdoor food market, and on the Rue de Buci and Rue de Seine – both high pedestrian walkways – and on Rue Mouffetard, rumored to be the oldest street in Paris and hugely popular with tourists. The Saint-Germain Market, home to an Apple Store as well as a dozen food stalls, wine sellers, florists, and clothing stores, will also forbid patrons unless a mask is worn.

In the city’s outlying neighborhoods, each highly trafficked thoroughfare will also require the wearing of masks.

Last month Olivier Veran, France’s health minister, declared that face coverings were to be worn in all enclosed public spaces throughout France.

With an additional 2,288 new cases recorded over the last 24 hours, French health officials are worried that summer has led people to be lax about social distancing and awareness of the deadly virus.

The latest statistics from France’s Health Ministry show the death toll at 30,324 and confirmed cases of infection at 197,021. A total of 15 departments are considered to be in a vulnerable situation, with 184 active clusters of infection across the country under investigation.

According to a police statement given to Radio France International, it is the younger generation in the Ile-de-France region – home to Paris and the populated suburbs – which has been particularly vulnerable given the amount of socializing done.

Paris Mayor Anne Hidalgo had discussed with the police weeks ago the prospect of mandatory masks for outdoor spaces.