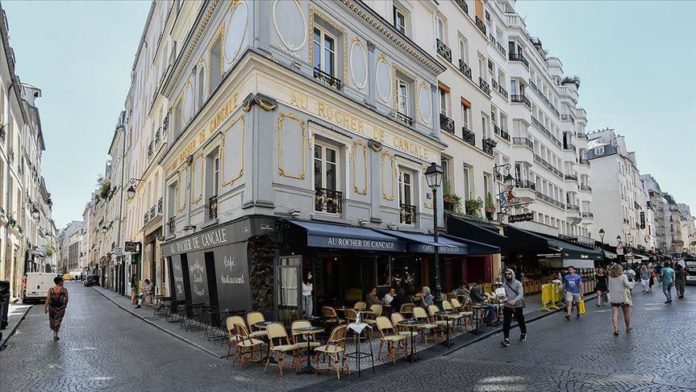 Government and health officials from Paris and the Ile-de-France gathered for a televised news conference in the capital on Monday to announce new restrictions imposed on bars and restaurants, and the population in general.

The measures come into play as Prime Minister Jean Castex issued a Sunday evening press release placing the Ile-de-France into the maximum alert zone, the highest of three zones established by the Health Ministry last week to determine the risk level associated with the spread of the virus in any particular region or department.

The measures will be taken for the next two weeks, with a reassessment done at that time.

“The epidemic is moving too fast. We must slow down now before the health care system is overwhelmed. We are taking a new step, proof that we are constantly adapting to the reality of the epidemic,” said Lallement.

Starting Tuesday, bars in Paris and the Ile-de-France will close. The ruling follows a general ban on gatherings in public spaces of more than 10.

Restaurants will stay open only if they follow strict health protocols.

To keep large gatherings to a minimum, festivals, fairs, congresses, and trade shows of any kind will all be prohibited too.

Public swimming pools — very popular in Paris — will close, opening only for minors, whether they be on school trips or with family.

Training grounds and stadiums can remain open with a limited number of people within its perimeters. Conversely, gyms, and fitness clubs will close given the close proximity of those who work out.

“All outdoor facilities can remain open provided they gather less than 1,000 people or 50% of their maximum capacity if it is less than this figure of 1,000 people,” said Lallement.

Movie houses and theaters too may remain open as many of them have put in place very strict seating measures for their houses. Museums may stay open.

Nursing homes will make visits by appointment only and limit two people only at a time in open spaces therein.

“We know that the health crisis has extremely serious consequences for many families, [and on the] economic activity of our country and our capital. We will have to live this way, work methodically,” Hidalgo said, reassuring the populace that she and fellow officials are on top of matters, adding that a news conference will take place two weeks from now.

Restaurants in Marseille and Aix-en-Provence on the other hand will reopen on Monday after having been shut since Sept. 28 by health officials. The communication comes as welcome news to proprietors in the southern regions who had been made aware of the measures suddenly but never consulted.

According to the French Health Ministry, infections nationwide rose by 12,565 on Sunday over Saturday to 619,190. There were 32 additional fatalities, with the death toll currently at 32,230.

Hospitalizations stand at 4,264, with 893 of those patients are in ICU.

Turkish stocks up 0.43% at midweek close