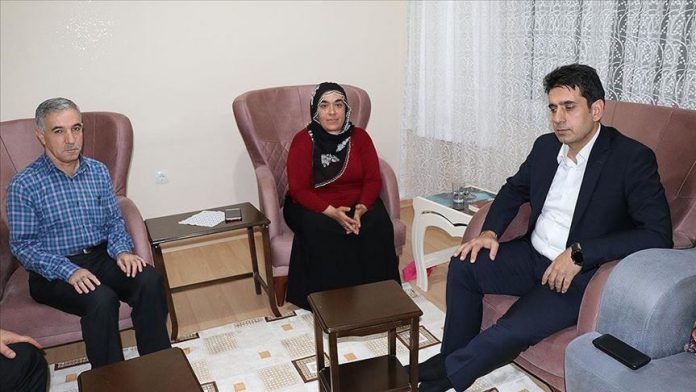 DIYARBAKIR, Turkey (AA) – A PKK terrorist met with his family Tuesday amid his ongoing judicial process in southeastern Turkey.

Cafer Ceylan was persuaded to lay down his weapon and surrender in southeastern Diyarbakir province to Turkish security forces who collaborated with his family.

Families began staging sit-in protests on Sept. 3 outside the offices of the opposition Peoples’ Democratic Party (HDP) in Diyarbakir.

One woman, Fevziye Cetinkaya, said her underage son had been forcibly recruited by YPG/PKK terrorists with the help of members of the HDP, which is accused by the government

Read more: Parents meet with their PKK-linked son after surrender