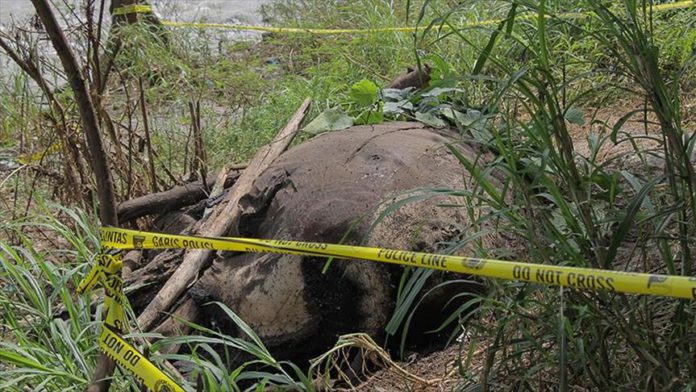 Five elephants were found butchered in a day while three others died of wounds they sustained from the poachers earlier, bringing the number of elephants killed in one day to eight, Getnet Yigzaw, communications director at the EWCA, told Anadolu Agency in a telephone interview.

Marked off within 2,220 square kilometers (860 miles) in Omo valley, a UNESCO-registered World Heritage Site, the Mago National Park was established in 1979 and is one of Ethiopia’s 27 national parks.

“The poachers have taken out all the tusks from the elephants slaughtered en masse,” Getnet said, adding that EWCA, the constitutionally responsible body to administer national parks, delegated the management of the park to the Southern Ethiopia Nations, Nationalities and Peoples Region, one of the nine ethnically based regional states of Ethiopia.

Mago Park, 782 kilometers south of the capital Addis Ababa, he said, “is one of the parks listed as the most depleted, ill-managed parks in the country, which has suffered much from human encroachment and human-induced fires.”

“The poachers are local people including zonal officials,” he said, adding that the zonal speaker of parliament, and transport department head are among the officials apprehended on the suspicion of involvement in the illegal hunting.

“The speaker of parliament was even injured by the elephants and is being hospitalized,” the communications director said.

Of the 27 parks, he added, management of 14 parks has been delegated to local governments (regional state governments) while the remaining are managed by the EWCA.

According to Getnet, 500-800 rare black elephants native to East Africa region are estimated to exist in Ethiopia, while a UNDP-financed project is now studying the exact flora and fauna at Ethiopia’s parks.

Mago Park officials are being threatened and intimidated by local law enforcement officers who may have involvement in the poaching, he said.

*Seleshi Tessema from Addis Ababa contributed to this story.