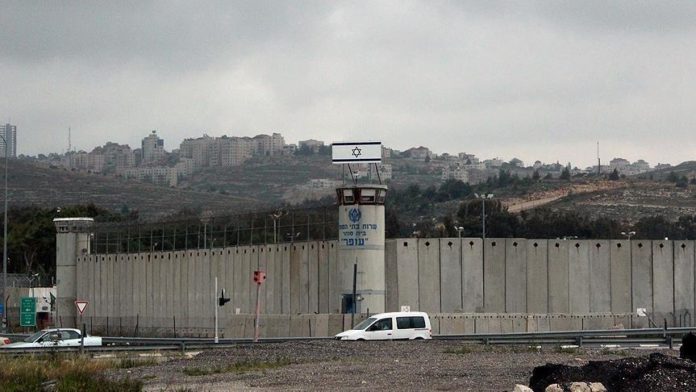 A state of panic prevails among Palestinian detainees in all Israeli jails, one day after a prison break in northern Israel, according to a Palestinian official on Tuesday.

Israeli authorities have imposed punitive measures against Palestinian detainees, after six inmates tunneled out of the high-security Gilboa prison on Monday.

Speaking to Anadolu Agency, Hassan Abd Rabbo, spokesman for the Palestine Liberation Organization (PLO)’s committee for prisoners’ affairs, said Israeli authorities transferred all detainees from Gilboa prison to other detention facilities while placing most of them in solitary confinements.

He said senior Palestinian prisoners in Gilboa prison have since Monday been under investigation by the Israeli intelligence.

“The punitive measures were not only limited to Gilboa prison but affected all the prisons,” Abd Rabbo added.

Other punitive measures include denying detainees the right to meet their families and lawyers, reducing the period of daily breaks to one hour, and closing the prisoners’ store from which they purchase their own needs.

Prisoners of the Islamic Jihad movement were particularly targeted, said Abd Rabbo, adding that their section was shut down and they were distributed to other prisons.

Five of the escaped prisoners belong to the Islamic Jihad movement, while the sixth belongs to the Fatah movement, all of who were serving life sentences.

Abd Rabbo warned of the “explosion of conditions in prisons as a result of the repressive practices by Israeli authorities”.

He pointed out that the Palestinian leadership is in contact with the International Committee of the Red Cross to raise international awareness about the emerging situation.

The prison break operation filled the global news feed on Monday and was hailed by Palestinian factions as a “big victory.”

In Israel, the incident sent shockwaves among the authorities and exposed the country’s security and intelligence failure.

There are around 4,850 Palestinian detainees in Israeli prisons, including 41 women, 225 children, and 540 administrative detainees, according to observers.