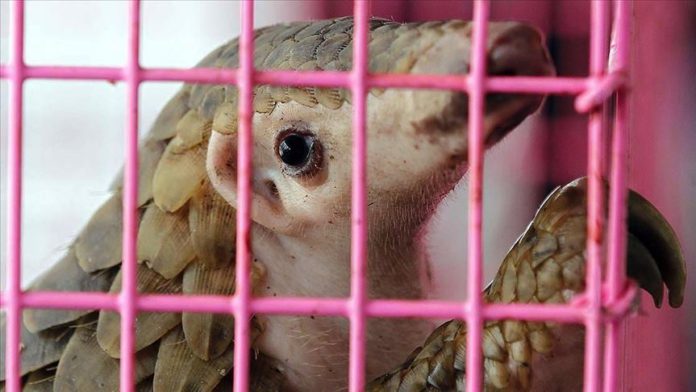 China removed the pangolin scales from an official 2020 list of traditional medicines as part of efforts to protect the population of the world’s most-trafficked mammal in the wild, local media reported on Tuesday.

Following Friday’s move of upgrading the protection level of the pangolin, China took another step towards the pangolin or its original Malay name “pengguling,” which is seen as “positive signal” and believed to eradicate one of the most dangerous threats to pangolins, the Global Times daily reported.

“The latest version of the Chinese Pharmacopoeia for 2020 does not include pangolins, which means the mammals will no longer be used as traditional Chinese medicine, according to the newspaper.

Recognized by the World Health Organization as an official pharmacopoeia, Chinese Pharmacopoeia is an official compendium of drugs, which covers both traditional Chinese and modern medicines and includes information on the standards of purity, description, test, dosage, and precaution.

The Chinese authorities said this move came to strengthen efforts to protect and rescue the scaly anteater population as they are facing deadly threats like poaching, although all eight species of pangolins are banned from international trade.

According to the Convention on International Trade in Endangered Species of Wild Fauna and Flora, along with the illegal hunting, using pangolin scales for traditional medicines is another huge threat to the species as the scales are used as an ingredient in traditional Asian medicine, especially in China and Vietnam.

With this decision, China seemingly took an important action toward the protection of the species, since scales are believed to be a cure for various diseases such as heart disease and cancer, and are used to help lactating women produce milk.

Every third Saturday in February is observed annually as World Pangolin Day to raise awareness about these unique mammals.

Although bats were mostly seen as transmitters of the coronavirus, the latest study brings pangolins as potential intermediate hosts of the virus.

South China Agricultural University announced in February the discovery of a 99% genetic match between the COVID-19 virus and a virus taken from pangolins, according to Chinese media reports.

Since originating in China last December, the pandemic has claimed almost 407,000 lives in 188 countries and regions. The US, Brazil, Russia, and the UK are currently the world’s worst-hit countries.

Some 7.14 million cases have been reported worldwide, while nearly 3.31 million patients have recovered so far, according to figures compiled by the US’ Johns Hopkins University.