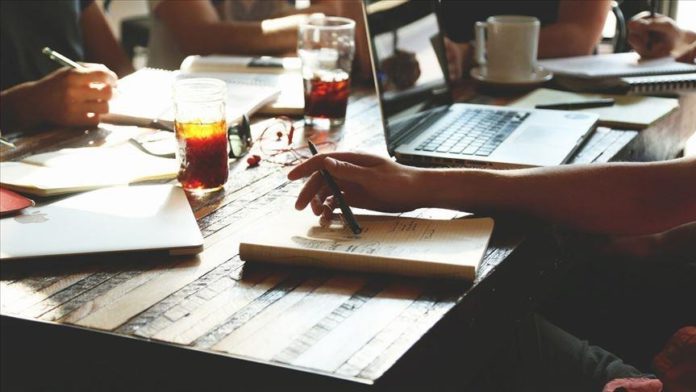 Education has become one of the most affected facets of life during the novel coronavirus pandemic, with schools across the globe shut in a bid to curb the outbreak as many have taken to remote lessons as an alternative to risky face-to-face classes.

Though remote teaching methods help students keep up with the curriculum to some extent, many complain that the environment of virtual education falls short as too “artificial” and fails to substitute face-to-face learning.

“It’s getting harder and harder to stay focused during lessons in comparison to before the virus when we used to attend courses regularly,” said Beyza Torun, a 23-year-old student of economics at Dokuz Eylul University in Izmir, western Turkey.

Though granting that school closures may have been a necessary measure against the virus which risked being “unstoppable” in the absence of such policies, the young woman said students of the 2019-2020 academic year could turn out to be less competent when they graduate due to the shortcomings of online lessons.

Staying motivated is a serious difficulty during online classes, she said, adding that many of her classmates had similar complaints. Some, she recounted, said they felt like they were still in high school while staying with their families, unable to enjoy the “personal freedoms” that they had elsewhere.

“Many of my friends left the cities of their universities and returned to their hometowns to ease their financial burdens during the outbreak. Most complain that it’s hard to focus on lessons while their families are around,” said Torun.

Zeynep Tanriverdi, a 21-year-old student in mining engineering at Bulent Ecevit University in northwestern Zonguldak province, said theoretical classes were on track but that field studies had suffered greatly during the pandemic.

Though staying at home may be in everyone’s best interest, she explained, this does not change the fact that students who need to partake in fieldwork would lack their full training experience and could thus face difficulty in future employment scenarios.

“Remote education helped us not fall behind during this pandemic, but it’s no secret that students miss lessons with their peers and fully enjoying university life. This outbreak caused a one-year loss for all of us. It upsets me deeply,” she lamented.

These sentiments were affirmed by lecturer Ali Emre Karagul of TOBB University of Economy and Technology, who said the majority of his students bemoaned not being able to socialize, saying this was the most challenging factor in the lives of young students.

“Student motivation has diminished sharply, which has more to do with the challenges of the [virus] period than the courses,” he said, adding that students had a hard time focusing on lessons, especially those who contracted the coronavirus.

When asked about the ways he tried to increase student motivation, he replied: “We remind our students that they’re not alone […] use tools to make our lessons more efficient — among them group activities that help students socialize.”

Underlining that a hybrid teaching model, in which students received a degree of both remote and face-to-face lessons, could be more effective, the 30-year-old lecturer said such methods could help overcome students’ socialization issues.

The virus outbreak has so far claimed more than 18,000 lives in Turkey, whereas total confirmed cases topped 2 million, of which 1.8 million have recovered.

The COVID-19 pandemic has claimed over 1.71 million lives in 191 countries and regions since last December.

Over 77.8 million cases have been reported worldwide, with more than 43.8 million recoveries, according to figures compiled by the US’ Johns Hopkins University.

While new restrictions are being imposed ahead of the holiday season, especially across Europe, countries are approving and procuring vaccines to pave the way towards ending the pandemic.