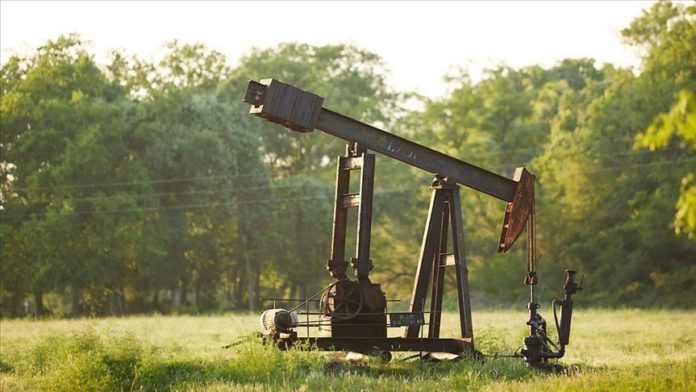 Emerging from decades-long civil war early this year, South Sudan was expected to focus on the economy by increasing its crude oil production.

But the coronavirus or COVID-19 pandemic that hit the country soon after the peace deal has derailed all plans and dashed the hopes of economic revival.

The world’s youngest nation was mired in instability and conflict, till President Salva Kiir inked a peace deal with his longtime political rival Riek Machar in September 2018 in the hope to end the crisis and improve the lives and safety of millions of South Sudanese.

Speaking to Anadolu Agency in the capital Juba, Under Secretary of Petroleum Ministry, Awow Daniel Chuang said the oil production in the country has dipped by 20,000 barrels per day (bpd) due to the pandemic.

“COVID-19 has affected oil production in South Sudan just like any other country. It is a global crisis, but I think we have been affected much more than others because South Sudan being a new country was just emerging from war,” he said.

Chuang said since the economy in the country largely banks upon on sale and production of oil, its reduction has brought a significant loss to the government.

He said the government and those who had invested in South Sudan are running in losses. The country is now revising its plans to develop the oil sector in the post-COVID-19 world.

Chuang said the lockdowns and under-functioning of the seaports in Sudan and Kenya meant a delay in the arrival of critical materials that are needed in the oil fields.

While the global oil prices currently stand at $18 per barrel, considering the fees to be paid to various stakeholders and the production cost, the South Sudan government gets just $15 for one barrel, which makes the production uneconomical.

“South Sudan was paying neighboring Sudan $24.1 per barrel for transit and processing fees, besides the cost of exploration. We had to go back to Sudan and negotiate. Now if we are selling crude oil less than $50 per barrel, we cannot even pay $15 for above to meet the overhead costs. We had an arrangement with Sudan since 2016. It does not mean that we would cancel the agreement. We are trying to convince them to decrease the costs and when the prices improve, we will pay,” said the South Sudan official.

Due to the pandemic, the country had to postpone scheduled bidding and licensing of 14 oil blocks.

“This bidding was meant to invite international investors to come and invest in South Sudan but unfortunately because of COVID-19, we could not continue with these plans. By next year we should be able to restart the licensing round. We are now deferring it probably to the first quarter of next year, maybe in February or March, “he said.

He said while refineries were working, there was an issue with transporting the oil out of the country.

Daniel said due to the pandemic, there was a delay in environmental auditing of oil production as well. He said the results of the audit will guide them on how the environment has been degraded and also to put plans to mitigate the damage and prevent pollution in the future.