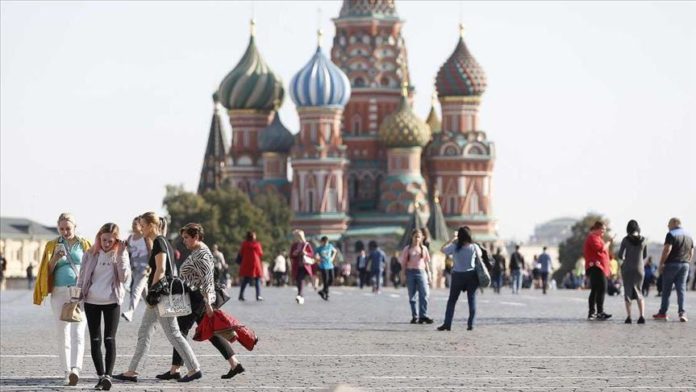 The coronavirus situation in Russia got worse on Wednesday as the number of cases showed further growth, and the highest daily death toll in two months was registered.

In the same period, the virus claimed lives of 177 patients — the biggest single-day number of fatalities since July 17 — pushing the death toll to 20,722.

Meanwhile, 5,858 people were successfully treated of the disease, raising the total number of recoveries to 958,257.

Speaking at a government’s meeting with Russian President Vladimir Putin on Tuesday, Deputy Prime Minister Tatyana Golikova said the daily case rate in Russia has grown 1.7 times, from 3.1 to 5.5 per 100,000 people since Sept. 21.

In 42 of 83 Russian regions, this indicator for the daily spread of the virus has gone up, compared to three weeks ago and now standing over 1.1%, she added.

According to Golikova, the main reason of the growth is violation of safety measures as 80-85% of the infected people had neglected wearing masks and taken part in large gatherings, she noted.

On Wednesday, the Moscow city administration announced the second stage of the coronavirus vaccination, suggesting delivery of the second part of the vaccine, prolonging immunization.

In the nearest time, it will be presented for registration, Popova said.

Russia became the first country in the world to register a coronavirus vaccine for use, named Gam-COVID-Vac (Gamaleya COVID Vaccine) by the developers and with the trade name Sputnik V — with V referring to the vaccine.

The registration is temporary and conditional, it suggests holding a third phase of trials involving up to 40,000 people as well as post-clinical research.

Simultaneously with further development and studying of Sputnik V, the Russian scientists are working on other vaccines, with the Vector vaccine considered the most promising of them.