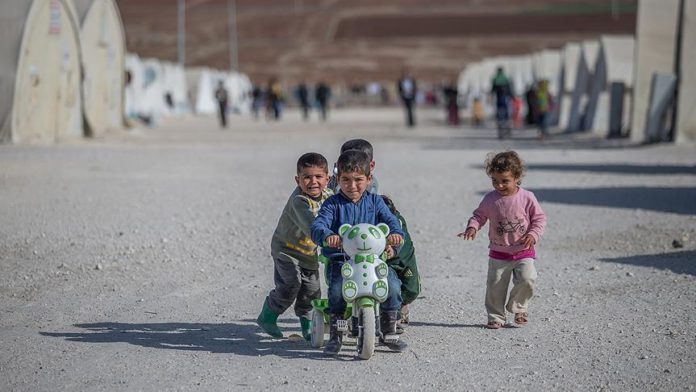 The COVID-19 pandemic has magnified hardships endured by refugees and migrants around the world, including the millions being hosted for years by Turkey, according to a leading Turkish aid group.

Along with the health risks, the economic impact of the crisis has been an immense challenge for people trying to start new lives away from home, said Ibrahim Vurgun Kavlak, general coordinator for the Association for Solidarity with Asylum Seekers and Migrants (SGDD-ASAM).

“Refugees and migrants who managed to get daily wage jobs and were trying to make a living suffered a setback; their livelihoods were affected,” he told Anadolu Agency on International Migrants Day, marked globally on Dec. 18.

He said Filippo Grandi, the UN high comissioner for refugees, has also warned that the pandemic’s economic effects will increase migration around the world, particularly Europe.

“Currently, the total population of migrants around the world stands at 272 million. This figure is projected to hit 500 million by 2050,” said Kavlak.

He said human migration was an age-old reality of our world but its scale and the reasons driving it today remain unprecedented.

During such mass movement, the risks of COVID-19 are even greater and there is a need for measures to protect people, Kavlak added.

“Many public and private aid groups have provided sanitation supplies and protective gear such as masks for migrants and refugees,” he said.

“Brochures in several languages were also provided to give them necessary information on COVID-19, along with research on the methods to increase protection for displaced people.”

Turkey at the forefront

A majority of the world’s refugee population is being hosted by just 10 countries, according to Kavlak, with Turkey leading from the very front.

“On top of that, there are some 5,700 non-Syrian migrants in Turkey as well.”

Turkey has migrants from 190 different nationalities, according to the official.

“At a time when population movement is at a level not seen since World War II, Turkey has been hosting the highest number of refugees in the last five years,” he said.

Set up 25 years ago, the SGDD-ASAM has been supporting asylum seekers and refugees in Turkey in all aspects of life – from rights and services to social welfare and integration.

In coordination with the EU, UN, and public institutions, municipalities, and other non-governmental groups, the organization provided close to 1.5 million consultations in 2019.

SGDD-ASAM is also in the process of launching a news channel called Migrant TV, which is currently in the test transmission phase, Kavlak said.

The Ankara-based channel will broadcast in four languages – Arabic, Persian, French, and Somali – with the aim of providing vital information to migrants.

On the group’s future aims, Kavlak said: “One day, we would like to celebrate an International Migrants Day when all the reasons currently forcing people to move, especially wars, famine, instability, and rights violations, have been completely eliminated.”