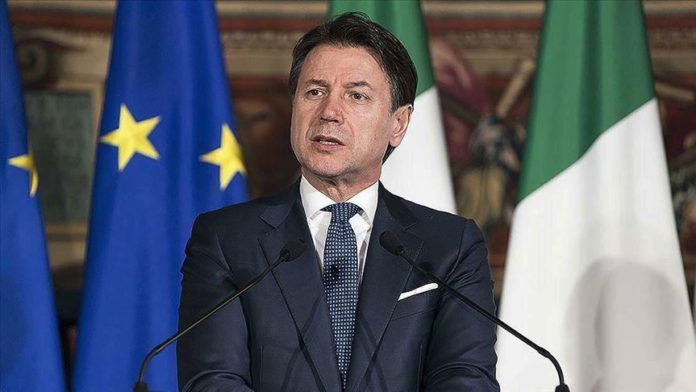 Italy’s premier on Friday said the pandemic has been a tragedy that changed the world, but it may also become the opportunity for a new beginning.

In a video message delivered to the 75th session of the UN assembly on Friday, Giuseppe Conte reminded that Italy was the first country in Europe to face the COVID-19 emergency on a large scale.

He said thanks to its response to the crisis, Italy has become “the symbol of a collective effort, a human effort before than a sanitary and political one, which has then been brought to the entire international community.”

Conte added that the pandemic has taught us that “health is a common good and needs to be granted to every man, every woman on the planet.”

The Italian premier also stressed that the European Union has understood the importance of this challenge, which means to “rethink our world, making it more sustainable, greener, more digital, more inclusive” — the key pillars of the Next Generation EU project.

Conte said that the Italian presidency of the G20 in 2021 will be a crucial moment to test the new multilateral cohesion and a key step for the international community.

He said that the Italian agenda will be based on “persons, planet and prosperity,” adding that it will particularly focus on women empowerment, small and medium enterprises, and precarious workers.

Italy has successfully contained the COVID-19 outbreak — one of the deadliest in Europe — since the end of its three-months lockdown in May. But it has witnessed a constant surge in new infections after the end of the holiday season.

New infections’ numbers, however, remain much smaller than those registered in other European countries, like France, Spain and the UK.

Italy reported another 1,912 infections on Friday, bringing the nationwide tally to 206,235. According to the Health Ministry’s data, another 20 people died, raising the country’s official toll to 35,801.