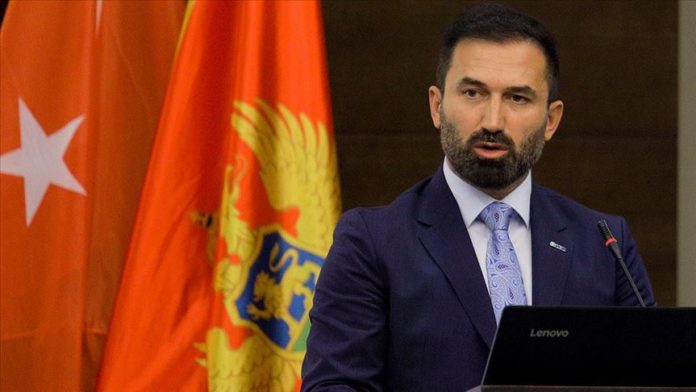 The coronavirus pandemic did not reduce Turkish investments in Montenegro, a top business council official said on Friday.

“Although there was a decline in April and May, we have mobilized all our capabilities to prevent trade from stopping,” said Naser Alim, who heads the Turkey-Montenegro Business Council of the Foreign Economic Relations Board of Turkey (DEIK).

He said trade with Montenegro had continued uninterrupted to ensure the supply of basic needs such as food and medical items.

“This is because industrialists did not close their factories in Turkey. We slowed production in general, but we did not stop. We continued to work to maintain the supply chain in the outside world and Turkey,” he told Anadolu Agency.

“Turkey is one of the few countries that could achieve such productivity this part of the world. We continue to fulfill our mutual foreign trade targets set at the start of the year.”

Alim said the COVID-19 pandemic may have delayed some investments but did not reduce the total volume.

“Turkish investments in Montenegro will increase further. Turkish company TAV is preparing seriously for an airport tender. We are in a period where new projects are being discussed and meetings are being held,” he said.

Alim said there were more than 3,100 Turkish companies registered in Montenegro, which for him is one of the leading developing countries in the Balkans since its independence in 2006.

He said Montenegro’s manufacturing industry was not particularly developed and the country remains reliant on imports.

The official said there were immense opportunities for increased cooperation between Turkey and Montenegro in the tourism, agriculture, renewable energy, infrastructure, port management, and finance sectors.

“Turkey is now fifth in terms of foreign direct investments in Montenegro,” said Alim, adding that commercial relations between the two have increased significantly over the past few years.

“However, trade is still not at the level it should be. I think it can be 2 to 2.5 times higher.”

He said Turkey was focused on more than its economic ties with Montenegro and other countries, as exhibited through its exemplary show of solidarity with countries around the world during the pandemic.

The official said Ankara had sent medical equipment and other aid to Montenegro, and also North Macedonia and Kosovo.

Mother joins sit-in to inspire others to defy terrorist PKK