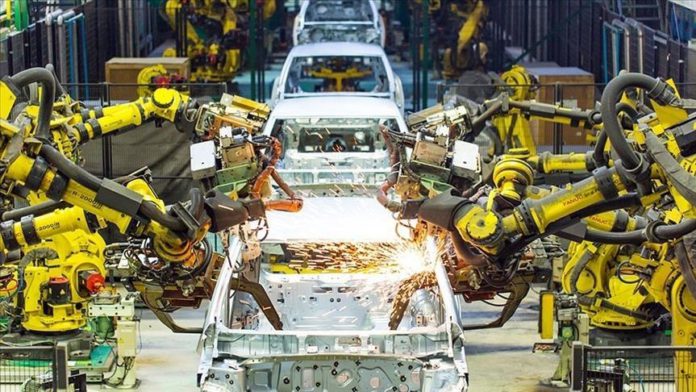 The pandemic period changed supplier preferences, and countries such as Turkey came to the forefront in the new era with their strategic locations and production capabilities.

In the early stage of the global epidemic, China suspended its production activities and global markets, including manufacturing giants like Germany, faced supply shortages.

Top officials and prominent experts repeatedly stressed that diversifying suppliers would be of strategic importance for output to continue without interruption.

Even during the pandemic’s peak, Turkey was able to export and donate vital medical goods, such as ventilators and face masks, to several countries, including advanced ones.

Turkey is among the strongest suppliers with its strategic logistic networks, well-educated labor force, and high-quality manufacturing capacity.

Ersin Sahin, the head of Turkish diesel engine producer Erin Motor, said 2020 was a tough year with the sector facing difficulties adapting to the pandemic due to the uncertainty of the last year’s second half.

Sahin said the balances in the markets changed as supply chains were expected to shift from China to Turkey, adding that Turkey has a significant opportunity.

“The signal for the increase in technological exports is important for our country’s future. We see that the seeds planted in the last decade have just started to give fruit,” he told Anadolu Agency.

In 2021, Turkey will provide new products in new markets, he said, adding that Erin Motor would also focus on new markets, such as Africa.

During the pandemic, sectors found new ways to reach new markets and customers, such as online fairs, which can also continue in the post-pandemic period, he highlighted.

Digitalization has increased productivity in several areas, he said, adding that online meetings are more effective.

He predicted that Turkey would reach pre-pandemic figures as of the fourth quarter this year.

The firm hopes to reduce or prevent engine imports to Turkey, which amount to $2.5 billion annually.

Kutlu Karavelioglu, the had of Turkey’s Machinery Exporters Association, said the country’s machinery sector had exported to over 200 nations in 2020, earning $17.1 billion.

Income from these exports decreased by only 4% in 2020, while the global machinery trade narrowed by 12% under the pandemic, he underlined.

“While small and medium manufacturers of machinery in the EU were paralyzed, we increased our market share in many major economies,” he added.

“In the US, the protectionist restrictions and the expectations for a transition to a green economy will accelerate the renewal of existing machine parks. I think global expectations are supportive of our industry’s performance in 2021,” he underlined.

Turkey rolled out its Export Master Plan in 2019 to select target countries and prioritize five sectors to raise the country’s exports.

The association said a trade delegation would meet in March to increase exports to South Africa, which currently stands at roughly $1-2 billion.

South Africa, which imports around $7 billion annually in the automotive sector, imported automotive products from Turkey worth only $64 million last year, the association reminded.