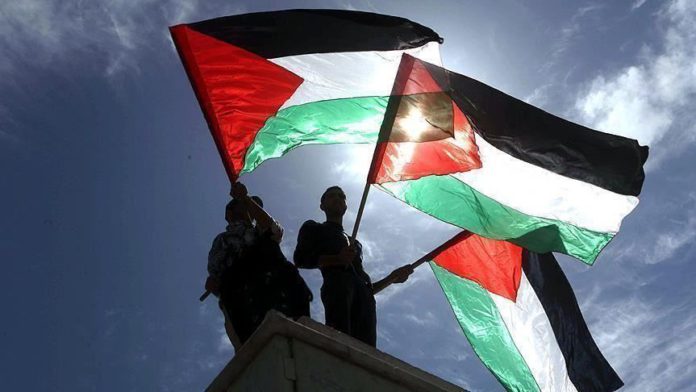 Palestinian prime minister and groups decried Friday US Secretary of State Mike Pompeo’s plan to visit the Golan Heights and an Israeli settlement in the occupied West Bank next week.

“Pompeo’s plan to visit Jewish settlements is a dangerous attempt. It is against international law and UN conventions,” according to a statement by the office of Prime Minister Muhammad Shtayyeh.

The visit aims to legitimize Israeli settlements and its expansion activities in West Bank, Shtayyeh stressed.

Hamas Spokesperson Hazim Qasim told Anadolu Agency that the planned move shows that the US administration violates all international customs and laws.

Islamic Jihad Movement spokesman Dawoud Shihab, for his part, said Pompeo’s visit is a hostile act to consolidate the Israeli occupation in the Palestinian lands and the Golan Heights.

Pompeo’s visit aims to legalize Israel’s illegal settlement policies and shows US administration’s support to Israel in this regard, a member of the Popular Front for Liberation of Palestine Central Committee Maher Mezher told Anadolu Agency.

US president Donald Trump has been trying to escalate political tension in the region even in the last days of his presidency, Mezher underlined.

Pompeo plans to visit the Golan Heights and an Israeli settlement in the occupied West Bank next week in what would be an unprecedented move.

Both visits would be a first for a US secretary of state, the Axios news site reported Thursday.

The West Bank and Golan Heights have been treated as occupied territory by all US administrations since 1967.

The top diplomat will land in Israel on Wednesday and is expected to meet with Prime Minister Benjamin Netanyahu and other officials, according to Axios.

The trip aims to highlight the Trump administration’s policy shifts on Israel, it added.

Some 200 people evacuated due to flooding in Turkish Black Sea...