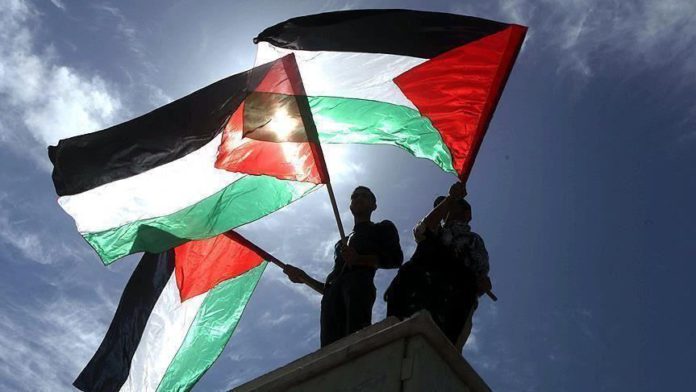 Amid Israel’s plans to annex occupied West Bank, Palestinians marked the 53rd anniversary of Naksa or setback day on Friday.

The day also marked the displacement of tens of thousands of Palestinians from their homelands at the end of the 1967 Six-Day War, also known as the June War, resulting in the defeat of Arab armies of Egypt, Jordan, and Syria.

As a result of the war, Israel took control of the Palestinian-populated West Bank, Gaza Strip, Egypt’s the Sinai Peninsula and Syria’s Golan Heights. While the first displacement of Palestinians had taken place in May 1948 soon after the establishment of the Jewish state, the second large scale displacement happened in 1967.

Despite many UN resolutions asking for its withdrawal from these territories, Israel continues to occupy them except the Sinai Peninsula. Israel withdrew from this territory in 1982, following a peace treaty with Egypt.

It is believed that during the war 70-80% of military equipment of Arab armies was destroyed. While Israel lost only 2-5% of military arsenal.

Around 300,000 Palestinians were displaced from Gaza and the West Bank, most of them escaped to Jordan.

Based on Palestinian reports, Israel still occupies 85% of historic Palestine (27,000 square kilometers). Just, 15% of the land is left for Palestinians, most of which is also under the Israeli occupation.

In November 1967, the UN Security Council in resolution number 242 urged Israel to withdraw from the territories it had occupied in the 1967 war.

Israel only withdrew from the Sinai Peninsula in 1982, as part of a peace agreement between Israel and Egypt enacted in 1979.

Israel flouts UN resolutions But Israel refused to withdraw from Syria’s Golan Heights and from other territories as mentioned in the UN resolution. It annexed Golan Heights in 1981 through legislation adopted by Israeli Knesset (parliament).

The US declaration was rejected by all Arab states and most of the International stakeholders. The UN also stressed that it still regards the Golan Heights as Syrian territories under Israeli occupation.

For the Palestinian territories, the Israeli direct occupation continued for the West Bank and the Gaza Strip until the establishment of the Palestinian Authority in 1993 following the signing of the Oslo Accords between Palestine Liberation Organization (PLO) and Israel.

According to the peace Oslo Accords, a Palestinian state was supposed to be announced in May 1999.

But, Israel repudiated from its commitments, and instead, it strengthened its settlement construction activity in occupied West Bank.

The US plan known as Deal of the Century was announced on Jan. 28, 2020, where it refers to Jerusalem as “Israel’s undivided capital” and recognizes Israeli sovereignty over large parts of the West Bank.

The plan calls for the establishment of a Palestinian state in the form of an archipelago connected by bridges and tunnels under Israel’s security control.

The Palestinians, on the official and people’s levels, widely rejected the US plan, where Palestinian officials say that under the US plan, Israel will annex 30%-40% of the West Bank, including all of East Jerusalem.