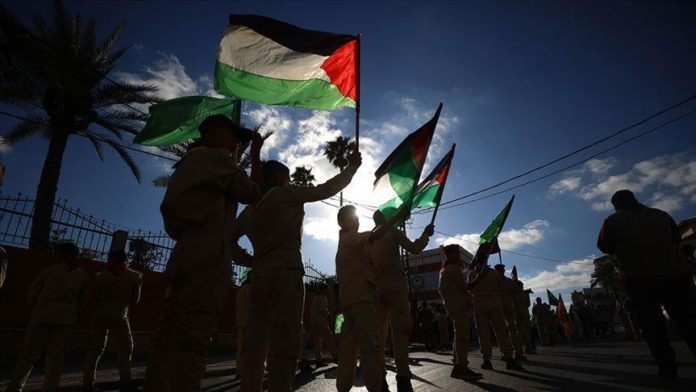 Scores of Palestinians staged a rally in the Gaza Strip on Sunday to show solidarity with Turkey after an earthquake in the Aegean region killed at least 58 people.

At least 896 people were also wounded in the magnitude-6.6 quake that struck Izmir, Turkey’s third largest city, on Friday.

Participants waved Turkish flags and pictures of President Recep Tayyip Erdogan during the rally, which was organized by the municipality of Deir al-Balah in the central Gaza Strip.

“The rally is a show of love and solidarity with the Turkish people following the earthquake,” Deir al-Balah Mayor Deyab el-Louh told Anadolu Agency.