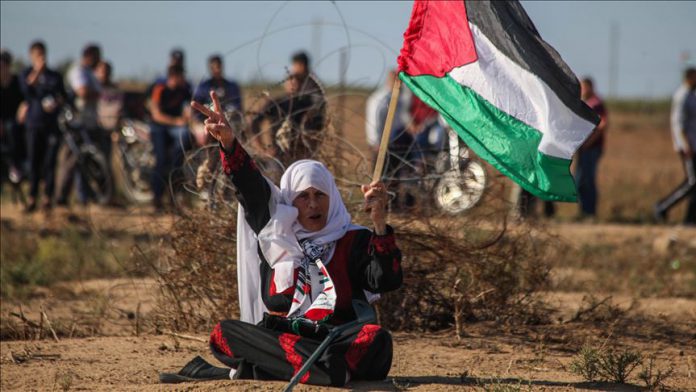 Hundreds of Palestinians across the Gaza Strip on Friday flocked to the security fence to participate in weekly anti-occupation protests known as the Great March of Return.

Protesters from across the Gaza Strip headed to the eastern areas of the coastal enclave carrying Palestinian flags high.

The Higher National Commission of the Great March of Return and Breaking of the Siege of Gaza, formed by Palestinian factions, named this Friday’s rallies “We are persistent.”

Protesters rally in republic of Georgia in support of Ukraine

Christian missions as imperialism through schooling