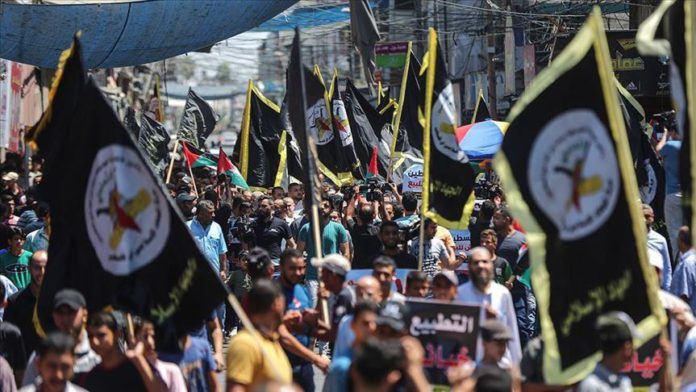 Palestinians staged a series of rallies in the West Bank and Gaza Strip on Tuesday against controversial agreements by the Gulf states of Bahrain and the United Arab Emirates (UAE) to normalize their relations with Israel.

The protests come hours ahead of the signing ceremony of the US-sponsored agreements at the White House later Tuesday.

“We reject normalization” chanted the Palestinian flag-waving protesters as they marched through the city. Similar rallies were staged in the cities of Tulkarm, Jenin and Hebron.

In Gaza City, leaders of different Palestinian factions staged a sit-in outside the headquarters of the Palestinian Legislative Council.

“These agreements will not bring stability to the Arab regimes that rush towards the normalization,” Khalid Abu Helal, the head of Al-Ahrar movement, which organized the rally, said.

Bahrain became the fourth Arab country to establish diplomatic relations with Israel after Egypt in 1979, Jordan in 1994 and the UAE in August this year.

The normalization deals have drawn widespread condemnation from Palestinians, who say that such agreements do not serve the Palestinian cause and ignore their rights.