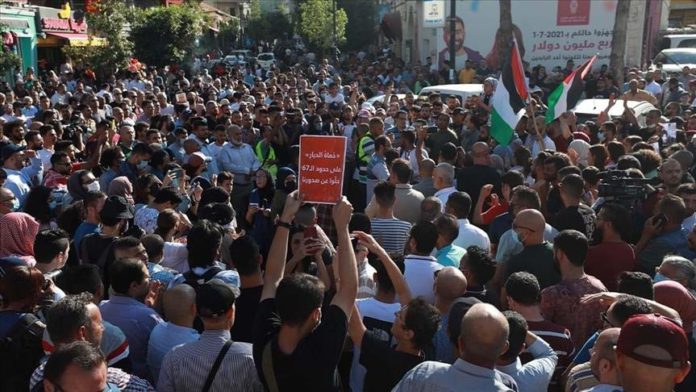 Dozens of Palestinian families on Tuesday rallied in front of the Knesset (Israel’s parliament) against government plans to vote on extending the family reunification law.

Protesters held banners calling to save Palestinian families under the controversial law.

“Since the legislation of this racist law in 2003, we were backing this just cause for these families,” Arab MK Osama Saadi said.

Lawmaker Aida Touma-Suleiman, who joined the rally, also said “the claim that this law was enacted for security reasons is a big lie”.

“The reason for this law is only derived from the racist mentality which tries to preserve a Jewish majority,” she added.

The legislation also applies to Israelis who are married to people from countries classified by Israel as “enemy states” as Syria, Lebanon, Iraq and Iran.

The law, which is extended every year, is set to expire next week amid expectations the law may face difficulty gaining votes in the Knesset for its extension.

The United Arab List and the leftist Meretz party, who are members of the coalition government, oppose the law, as well as the Joint List, which is the second Arab bloc in the Israeli Knesset.

Failure to extend the law is expected to be used by the Israeli opposition and right-wing parties to rally support against the coalition government.

Media reports suggested that the law might be slightly amended for gaining further votes to approve its extension.