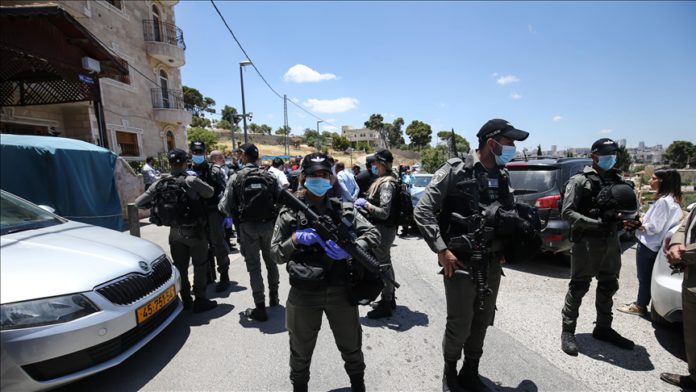 Dozens of protesters demonstrated on Friday against an Israeli court’s decision to evict several Palestinian families from their homes in a neighborhood in the occupied East Jerusalem in favor of Israeli settlers.

Demonstrators, including families who are facing eviction, gathered in the Sheikh Jarrah neighborhood to protest the controversial decision.

They held banners that read, “Sheikh Jarrah is my home,” “No to eviction order,” and “No to occupation.”

Protestors chanted slogans condemning the Israeli occupation of East Jerusalem that began in 1967.

The Jerusalem District Court ruled on March 3 that seven Palestinian families with 31 occupants should vacate their homes by Aug. 1, according to Palestine’s WAFA news agency.

The same court in February rejected another appeal by six other families against evictions from their homes.

Thirty-seven Palestinian families have been living in the neighborhood since 1956, establishing homes before the Israeli occupation in 1967 under an agreement with the Jordanian government and the UNRWA.

But Israeli settlers claim the land was owned by Jews before 1948 and they are demanding the eviction of families.

Notably, Palestinian families say they have documents confirming their ownership of the land.

All settlements in the occupied East Jerusalem and West Bank are considered illegal under international law.