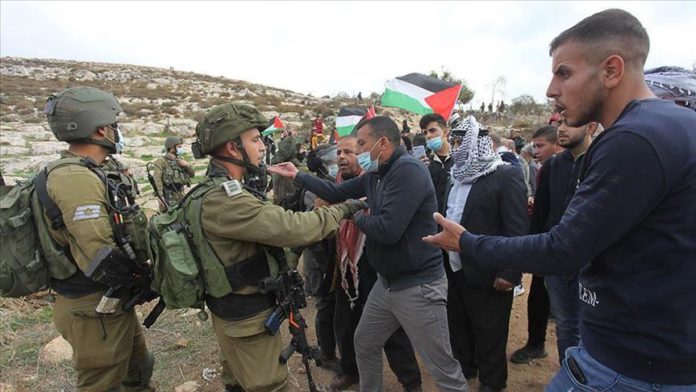 A majority of Palestinians oppose the return of coordination between the Palestinian Authority and Israel, and refuse a resumption of talks with Israel, according to an opinion poll Tuesday.

The Palestinian Center for Policy and Survey Research in Bethlehem, southern West Bank, said 59% of those surveyed objected to the return of relations with Israel, compared to 38% who supported a return. The remainder abstained from answering.

Fifty-five percent in Gaza and the West Bank also rejected the resumption of security coordination with Israel, compared to 40% who backed it.

The Palestinian Authority said Nov. 17 it resumed “civil and security coordination” with Israel after it suspended coordination May 19 in protest of Israel’s announced plans to annex one-third of West Bank occupied territories.

Eighty-one percent surveyed said they do not trust, to varying degrees, that Israel would meet obligations and commitments under agreements with the Palestinian Authority, while just 15% trusted Israel to abide by its commitments.

Around half, 52%, objected to any resumption of peace negotiations with Israel, compared with 43% who okayed peace talks.