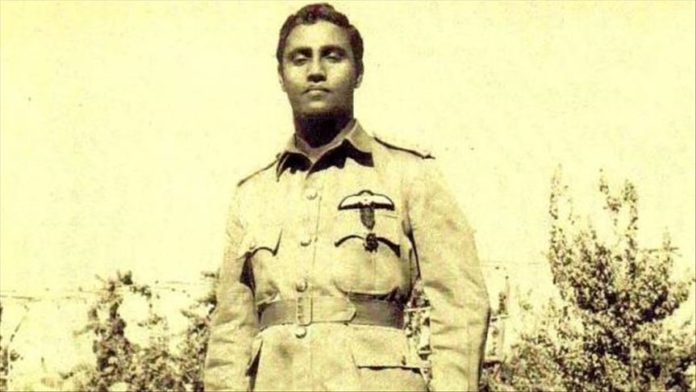 Palestinian activists are mourning the loss of Saiful Azam, 80, a legendary Bangladesh fighter pilot who died of natural causes in the capital Dhaka on Sunday.

A unique figure in the history of Bangladesh, Azam fought in wars as an ace fighter pilot in three different countries – Jordan, Iraq, and Pakistan.

During the 1967 Six-Day War, he is the only fighter pilot to have down four Israeli aircraft. This is also a world record.

“Our brothers in Bangladesh and Pakistan were our partners in resistance and defending the Al-Aqsa Mosque,” the holy site in Jerusalem, he added.

“Saiful Azam loved Palestine and fought for the sake of Jerusalem,” said Shoukri, saluting him and wishing him God’s grace.

Activist Bashar Amboon, for his part, said the most interesting part of Azam’s life is that although he was sent to the Middle East in 1966 as a trainer for the Jordanian army, he volunteered to take part and fought in hot battles.

Born in 1941 and raised in India, Azam left home at 18 to enlist in the Pakistani Air Force.

Following the independence of Bangladesh in 1971, the veteran fighter joined the Bangladeshi Air Force in his newly independent homeland.

In 1980, he retired from the military and developed a career in the civil service and later became a politician