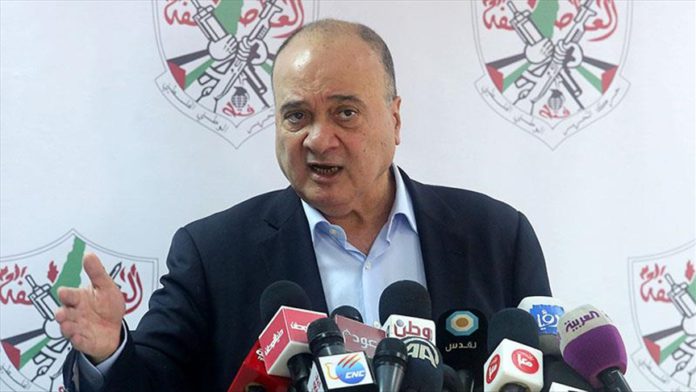 Set up in 2007 through the presidential decree, the YAF was aimed to preserve the heritage and legacy of the late President Yasser Arafat and also promote the development of charitable, humanitarian, social, and academic activities for the benefit of the Palestinian people.

Al-Qudwa’s dismissal was triggered after he announced launching the Palestinian Democratic National Forum comprising of many academics and political figures across different ideologies and making a list of candidates for the legislative elections scheduled for May 22.

He said that denial of funds to the YAF has affected the work in its offices in Ramallah, Gaza, and Cairo.

Interestingly, President Abbas is the honorary president and leading Arab personality Amro Mousa is chairman of the foundation.

He said the foundation has nothing to do with his political decisions.

“The decision has been made to punish Al-Qudwa for his disagreement with Fatah,” said Ahmad al-Shqar, the head of the Arab Federation for Judges.

“This measure against the foundation will affect seriously the image of the Palestinian political system in the region as there are many Arabs serving as members of its governing council,” he added.

Al-Ashqar urged that the foundation should be kept outside any political or partisan differences.

“It does not belong to any party. It is for all Palestinians. The measure is illegal since the budget for the foundation is a part of the general financial allocation and no one has the validity to edit it because of any partisan issues,” he said.

Many Palestinians aligned with Fatah have also expressed resentment for acting against the foundation. Taking to social media, they believed that disagreements between Al-Qudwa and Abbas should not become a ground to punish the YAF.

“The decision reflects that our foundations are individual-centric organizations and their funding is linked to the political agreement with its leader. This has created a serious question if these foundations have any significance,” said Bilal Shobaki, associate professor at Hebron University.

He said the Abbas government move has even raised questions on the functions of the foundation itself.

“If this institution is important and has made achievements that are not known to us as observers, then there is no case to stop its funding. On the other hand, if it was not important and provided little, then the question is why was it receiving funds all these years?” He asked.

He said using foundations for electoral means was disgraceful. Shobaki said the problem is more serious than just punishing Al-Qudwa.

“It is disclosing waste of public funds and the discussion must be about the process of management of the Palestinian funds that are used illegally in the electoral marathon that began before the announcement of the lists officially by the central elections committee,” he added.

Addressing a press conference Al-Qudwa said he has been subjected to many financial restrictions that included preventing him from opening any new bank account for his political forum.

On the other side, Fatah Spokesman, Mounir Jaghob, taking to social media, said it was a temporary decision to ensure the foundation will not be used for achieving any personal goals.