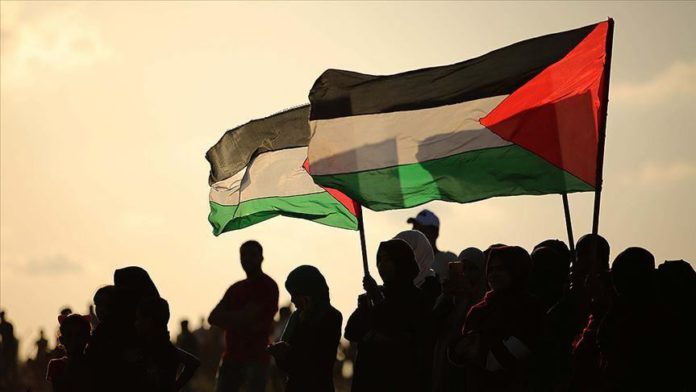 It has been almost 50 years since Palestinian Ali Abu Maliha went missing.

His brother, Mahmoud Amr, accused the Israeli occupation of being behind his brother’s disappearance during an interview with Anadolu Agency.

Amr, a resident of Dura, south of the West Bank, said he was in prison when his brother left home for a “struggle mission” against Israeli occupation in the early 1970s. It was the last time he and his family heard any news about Abu Maliha.

“The occupation is responsible for the disappearance of my brother,” Amr said, adding that his family has communicated with the International Committee of the Red Cross (ICRC) and the Palestinian Authority but his fate is still unknown.

Abu Maliha is one of 68 missing people whose files were documented by the National Campaign for Retrieval of the Bodies of Martyrs. The Palestinians hold Israel responsible for their disappearance.

The popular national campaign was launched by the Jerusalem Legal Aid and Human Rights Center (JLAC) to pressure Israeli authorities to release the bodies of Palestinian and Arab martyrs, which are kept in the “cemeteries of numbers” and mortuaries.

“Cemeteries of numbers” refers to the manner in which mass graves of Palestinian martyrs have been anonymously buried with numbers imprinted onto metal placards attached to graves.

Each number denotes a special file about the martyr kept by the Israeli security agency.

The campaign is to also determine the fate of the missing, whose presence Israel denies.

Each Aug. 27, Palestinians commemorate, with various activities, the National Campaign for Retrieval of the Bodies of Palestinian and Arab War Martyrs.

While Abu Maliha’s fate is unknown, the fate of Muhammad Al-Faqih from the same town is known.

Al-Faqih was killed in a clash with the Israeli army in 2016 and his body is still being held by the occupation. However, the whereabouts of his body remains a mystery.

His brother, Hussein, does not know whether his body was in the mortuaries or in the “cemeteries of numbers.” Hussein’s wish is to receive his brother’s body, bid him farewell and bury him in accordance with Islamic practices.

In recent years, Israeli and foreign media outlets revealed the presence of four cemeteries. One in a military zone along the Israeli-Syrian-Lebanese borders. Two in military areas in the Jordan Valley and one in the north of Tiberias.

Campaign coordinator, Salwa Hammad, told Anadolu Agency that Israel is holding in the “cemeteries of numbers” the bodies of 254 Palestinians it killed under various circumstances since 1967.

She said among them are 66 martyrs killed since 2015 and it is not clear whether the bodies are in the “cemeteries of numbers” or in mortuaries.

However, after a long secrecy about their fate, she voiced “progress” with regards to the “cemeteries of numbers” as the campaign has in the past few months been able to garner a list of 124 martyrs, most of whom lost their lives during the Second Intifada in 2001.

“Among the 124 martyrs, there are 110 martyrs whose burial places have been identified,” she said.

Hammad said Israeli authorities have for the first time made acknowledgments about the fate of the bodies after years of rejecting their existence.

As for the missing, she said “the campaign has completed the documentation of 68 missing persons whose files are being followed up with international bodies, including the ICRC.”

“There are obstacles facing the efforts made in the Israeli courts to retrieve the bodies of the martyrs” said Hammad, accusing the court of “complicity” in impeding efforts to uncover the ware bouts of the martyrs’ bodies.

In September 2019, the Israeli Supreme Court issued a ruling allowing the Israeli military commander to hold the bodies of Palestinian martyrs and bury them temporarily for purposes of using them as bargaining chips in future negotiations.

The national campaign has called for a number of activities Thursday to mark the National Day for the retrieval of the bodies of the martyrs.