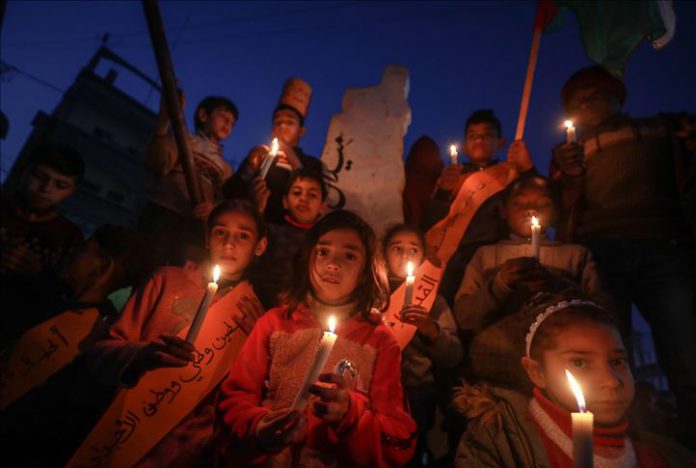 Nebil Diyab, a member of the Palestinian National Initiative Movement, told Anadolu Agency that the so-called “Deal of the Century” would not be enforced.

“We are here to announce our commitment to the unchanging values of Palestine and the rejection of the so-called peace agreement,” Diyab said.

One of the demonstrators, Hilal Farac, 13, said they were holding the rally to denounce the plan.

“Jerusalem is the eternal capital of Palestine. We will never recognize Israel,” he added.