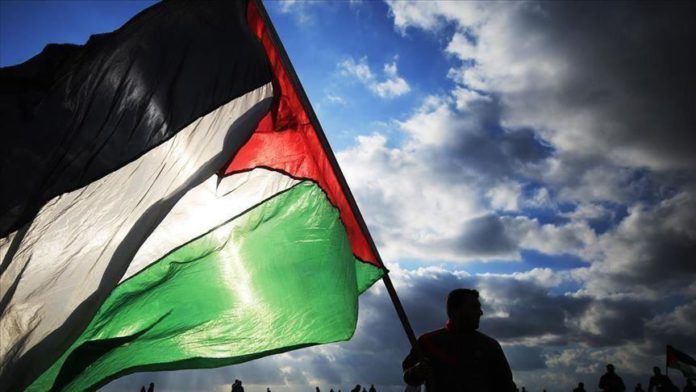 Even 20 years later, scars of the second intifada, or uprising that erupted on Sept. 30, 2000, are still palpable in the minds of Palestinians.

Since children were at the center of this uprising, many of them were arrested and then sentenced to long imprisonment periods ranging from 20-25 years.

On the eve the 20th anniversary of the intifada, families of these children are awaiting their release, who sacrificed their innocence and grew up as adults behind the bars.

Recalling that the period was full of anxiety, tension and loaded with round the clock fears that Israeli security men will storm the village, he said dreams of many children like him were buried.

“We were children with many dreams for our future. Once the intifada began our life become a nightmare,” he said.

Studying in a secondary school in 2000, Hjaje recalls his brush with the Israeli occupation army, when they stormed his village.

“I was appearing in the examination with my childhood friend Faker Aziz Arar when the army stormed the school. Faker left the hall quickly, joined the group who were throwing stones towards the soldiers,” he said.

With misty eyes and a choked voice, Hjaje said he lost his childhood friend forever when Israeli soldiers shot Arar.

“Many students were injured. I returned to school to attend to the injured and found Arar among martyrs,” he added.

“After his death, I could not continue the exams, my studies stopped on that day. I am still to believe his absence,” he said.

Arar’s school is arranging annually a football championship among high schools to commemorate the footballer.

The uprising or intifada began in Jerusalem on Sept. 30, two days after Ariel Sharon, then leader of Likud — a center-right political party in Israel — stormed the Al-Aqsa Compound.

Eight children in south Jerusalem were shot and then arrested from a park. Ahmad Shwiki and Muhannad Jwehan were among them.

Shwiki was just 14 when he faced the live bullet. For more than one month he was kept in a solitary cell, interrogated, and not allowed to meet his family.

“I saw him for the first time in court, he was saying I want to be with people, the cell is horrible. This was very difficult for us.” Ahmad’s mother told Anadolu Agency.

He was sentenced for 20 years. Currently, he is lodged in the Negev jail, in the south of the country.

Jwehan at the age of 16 was arrested and sentenced to 25 years in prison. The Palestinian boy is still holding his GameBoy toy in prison, which he was playing at the time of arrest in 2001.

According to Jwehan’s sister Dyala, this small toy represents, for him the memories of childhood before detention.

“The children grew into adults and became men behind the bars. They have spent more than half of their life in prison. It looks they have to wait for many other years to gain their freedom,” said Dyala.

Despite his long sentence, Jwehan’s family encouraged him to continue his studies inside the jail. He is studying social science and currently in the third year of graduation.

Ahmed Naser, 31, from the Gaza Strip’s city of Khanyounis, recalls the days when he was a kid at primary school when the second intifada erupted.

“I do remember the days we were leaving schools to take part in the martyrs’ funerals,” he said.

He was 12 years old when the first martyr was killed by the Israeli army in his city. The name of martyr Karam Gannan and the procession has remained etched in his memory.

“We passed through an abnormal childhood. We were appealing our teachers to end our lessons as soon as possible, so we could participate in intifada activities,” he said.

Working as a journalist now, Naser said the second intifada reshaped his life and encouraged him to study journalism.

Rana Ahmed, a Rafah-based mother of three children said that she was 15 years old and saw friends and relatives getting killed. It was a nightmare, as Israeli forces demolished her home in 2003, three years after intifada.

“The worst nightmare in my life was when they demolished our house on my wedding day. The celebrations turned into the gloom. I was left searching my white dress buried under the rubble. My make-up tools were all smashed,” she added.

Recalling horrific reminiscences Thaer Jwehan, 33, from the occupied Jerusalem, said the forces arrested his brother and stormed houses frequently, trashing whatever came into their way.

“At that time, I thought they will kill my brother. I saw him for the first time after 40 days of his detention. He was very tired and pale, marks of beatings were obvious.”

I missed him all the time, at the school and the football club. We were together all the time and suddenly I found myself alone. I became a man during his absence. It was a very hard time.” Thaer said.

He said his brother’s life has come to standstill since his arrest.

“He is asking me about people who are died a long time now and enquires about the parks where we used to play when we were children. They are now settlements,” said Thaer, while recalling meetings with his brother in jail.

Thaer who is a father for two children is keeping his brother’s childhood photos close to his chest.

“Many things happened over these long years. We got married, have children, and lost our grandparents. But he was not around. He did not live his life. It has stopped when they arrested him,” he said.

Since children were at the center of this uprising, they became icons as well, like Mohammad Dora, who was killed in front of his father and cameras recorded his last moments alive.