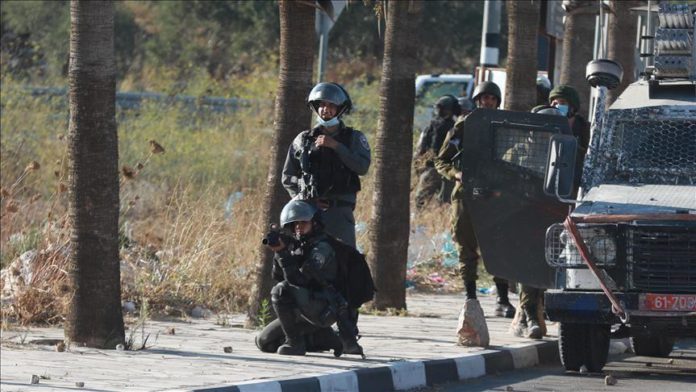 Israeli forces shot and injured a Palestinian driver in an alleged car-ramming attack in the West Bank city of Nablus on Wednesday, according to the military and local residents.
The Israeli army said a soldier and officer were lightly injured when the driver attempted to run his car over them at a junction south of Nablus.

It said Israeli soldiers shot and arrested the suspect when he drew a knife at the forces.

According to the witnesses, the Palestinian driver was seen lying on the ground, without giving further details.

The Palestinian Red Crescent Society confirmed that a driver was injured, but said its medics were prevented from providing medical treatment to the man, who was left to bleed.