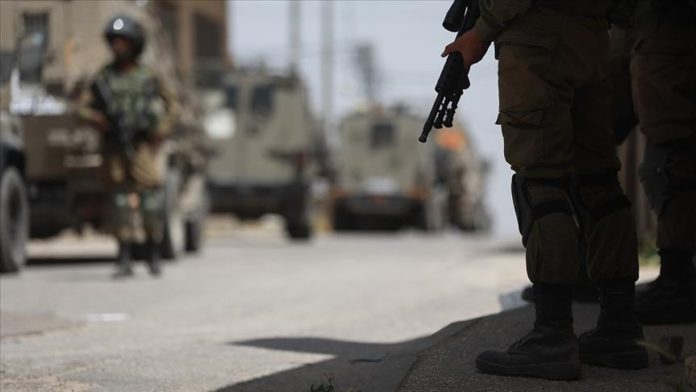 A young Palestinian injured by Israeli gunfire in the West Bank city of Jenin live-streamed himself on Facebook pleading for help while soaked in blood.

“For God’s sake, I am here,” pleaded Ayham al-Amer, who was later rushed to hospital for treatment.

His father, Muhammad al-Amer, told Anadolu Agency that his 21-year-old son was shot in the leg and arm and that he called him asking for an ambulance.

“Ayham shared his agony live on Facebook which helped us reach him,” his father said. He noted that the ambulance arrived half an hour later.

“He is in good health and has passed the danger stage after undergoing surgery,” al-Amer said.

Six Palestinians were injured and five others arrested on Monday when Israeli forces stormed residential neighborhoods in Jenin city, according to eyewitnesses.

“A force of undercover military officers stormed the city’s neighborhoods at dawn to arrest Palestinians and was later joined by a military force,” an eyewitness who preferred not to disclose his identity told Anadolu Agency.

Confrontations between Israeli forces and Palestinian youths using stones are common in areas under the control of the Palestinian Authority. Armed clashes also occur albeit rarely.