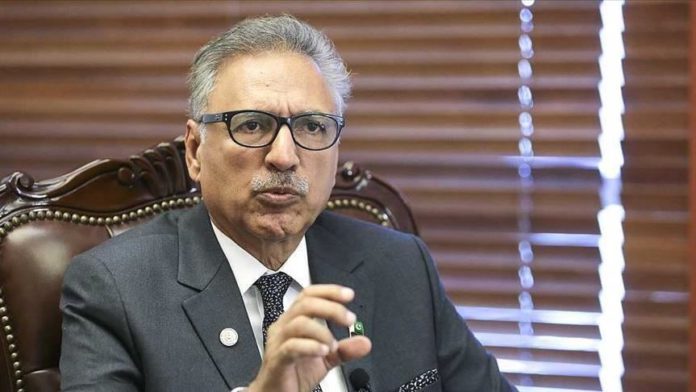 “We cannot accept Israel until Palestinians are given their rights as envisaged by Pakistan’s founder Quaid-i-Azam Muhammad Ali Jinnah,” said President Arif Alvi, applauding Prime Minister Imran Khan for “taking a clear position on the issue”.

Prime Minister Khan in an interview last Tuesday night had said: “Our stand about Israel is very clear. It is the same that the founder of nation, Quaid-i-Azam, had. We cannot recognize Israel until Palestinians get their right, which should be in line with the two-state solution.”

Announced last week, the US-brokered deal – depicted as an approach by the UAE to stop Israel’s annexation plan in the occupied West Bank – sparked wide condemnations by Palestinians and many Muslim groups worldwide.

Applauding Khan for his stance on Israel, President Alvi said: “Such a stand gives strength and confidence to other countries.” Pakistan supports a two-state solution under which Palestinians are supposed to get a full-fledged state.

Addressing the joint session of parliament to mark the advent of the new parliamentary year, Alvi thanked Turkey, Malaysia, Azerbaijan and Iran. “They have supported Pakistan on Kashmir which is under lockdown.” He condemned what he termed “Indian atrocities on the country’s Muslims and minorities”.

Islamabad had conveyed its displeasure to Riyadh for not calling a special OIC summit over India’s actions in Jammu and Kashmir post Aug. 5, 2019 when New Delhi imposed a military lockdown in the disputed region.

Seeking an early resolution of the Afghanistan conflict, Alvi said Pakistan suffered the most because of the conflict next door. “And Pakistan will benefit the most when peace returns to the country,” he said.