Jamila Mansour, 15, was born and raised in the Balata refugee camp in the West Bank city of Nablus. But whenever she introduces herself, the Palestinian girl says she is from the village of Salma in Jaffa in now Israel.

On the United Nations’ World Refugee Day, Jamila says that she is temporarily living in the camp waiting to return to her village one day.

“I do not consider the camp as my hometown, but I love it,” Mansour told Anadolu Agency in an interview. “No matter how much I belong to the Balata Camp, I belong to Jaffa.”

“When someone asks me where from am I? I tell him that I am not from the camp, I am from Jaffa and I was forcibly taken to the camp.”

Built in 1950 east of Nablus, the Balata refugee camp is the largest camp in the occupied West Bank.

The camp has a population of 23,000 registered refugees living on a quarter square kilometer, according to the UN refugee agency UNRWA.

“The UNRWA clinic, its flag, and affiliated schools always remind me that there is Jaffa that we are waiting to return to,” Mansour said.

The Palestine-Israel conflict dates back to 1917 when the British government, in the now-famous Balfour Declaration, called for “the establishment of a national home for the Jewish people in Palestine”.

According to UNRWA, the number of Palestinian refugees reached 5.6 million in 2019 — almost a third of the already registered Palestine refugees.

For majority of the Palestinians, the right to return to their homes in historical Palestine isn’t just a key political demand, but a fundamental human right.

Asylum
Mansour says every inch in the Balata camp makes her remember asylum.

“If you look at the people’s eyes here, you will see oppression and their desire to return,” she said. “And if you enter the homes of the camp, you will find in each house the pictures of Jaffa and the Nakba (catastrophe).”

Nakba is a term used by the Palestinians to refer to the expulsion of hundreds of thousands of Palestinians by Zionist gangs from their homes in historical Palestine in 1948 to make way for the new state of Israel.

Jamila Abed, an architect who is interested in humanities, says the camp creates a special identity for Palestinian children.

“Whenever you walk across the narrow roads and between houses, you will see uncounted posters and graffiti for martyrs and prisoners from the camp,” Abed told Anadolu Agency.

“This is a key part of their identity,” she said. “They live in the memory of these pictures of people who lived among them and who were members of their families.” 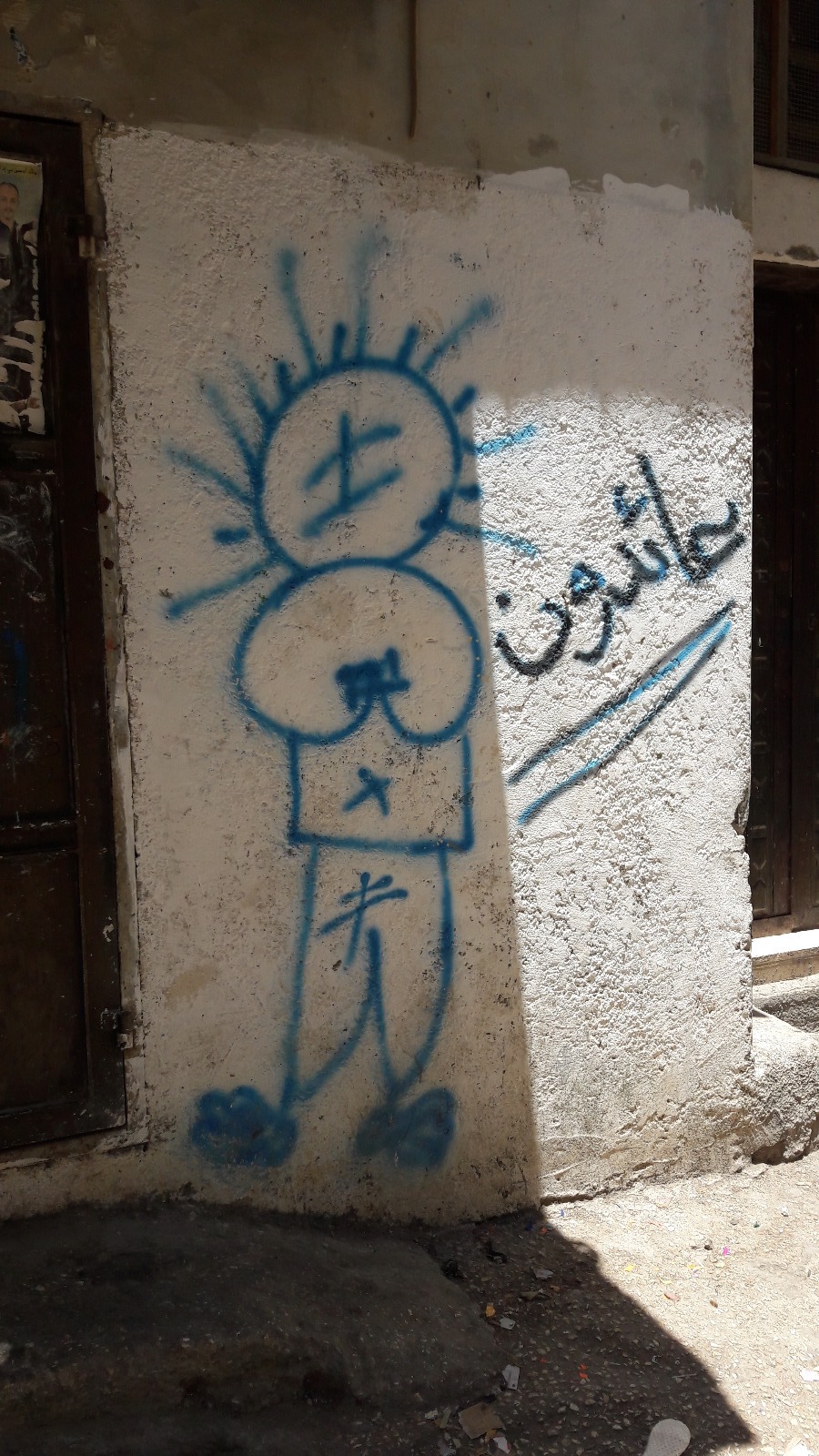 Daily suffering
Mohammed Mansour, 10, has no space to play football with his friends except in the narrow roads of the camp.

The camp’s club space has been closed for the past two years and children are not allowed to enter to play at UNRWA’s schoolyard.

Talking about Jaffa, whose family roots go back to it, Mohammed said “I imagine a large sea, beautiful and spacious houses, and lots of nice Palestinian people in Jaffa”.

“If I can go now to Jaffa I will go to my grandfather’s house and to the sea,” he said.

For Abed, suffering has become a life routine for Palestinians in the Balata camp.

“I am amazed when I go to a large place and wonder why people outside the camp have large houses with windows that overlook large areas, while we open our window onto the inside of our neighbor’s house,” she said.

Abed, who is a volunteer for the Defense for Children (DCI), considers it very painful for her to visit Jaffa as a guest after 72 years of the Nakba.

“When I see all the arrests and injuries that leave permanent handicaps, I feel that it is extremely flawed to forget Jaffa.”