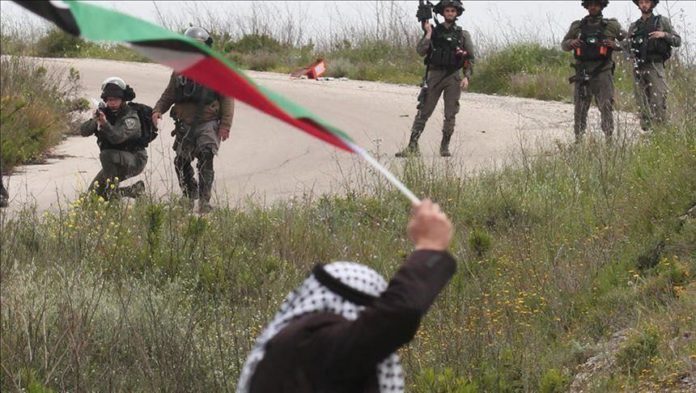 Clashes erupted Friday between Palestinians and the Israeli army during a protest condemning the Israeli settlements and annexation plans in the West Bank.

Murad Shteiwi, a coordinator of the Popular Resistance Committees in the town of Kafr Qaddum, east of West Bank’s Qalqilya city, said: “The clashes erupted in the town, after the [Israeli] occupation forces dispersed a march condemning the Israeli settlement activities.”

He added that at least 15 protestors were injured by rubber bullets, while dozens of others affected by tear gas were treated at the scene.

Palestinian officials said that under the US so-called peace plan, Israel will annex 30%-40% of the West Bank, including all of East Jerusalem and Jordan Valley.

Roughly 650,000 Israeli Jews currently live in more than 100 settlements built since 1967, when Israel occupied the West Bank and East Jerusalem.

President Xi in Myanmar to push for BRI plan