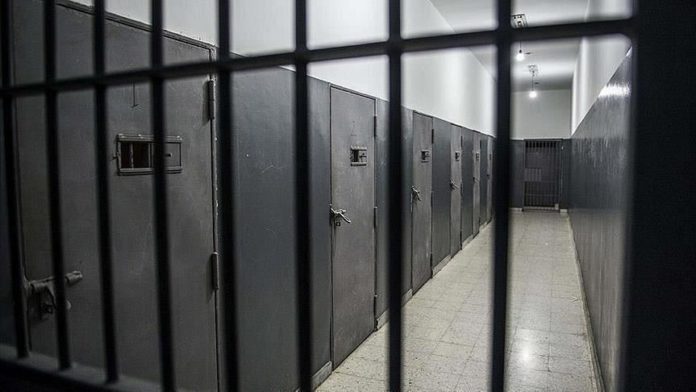 A Palestinian detainee died Wednesday in Israel’s Ofer prison, months before he was set to complete his 18-year sentence.

Daoud al-Khatib, 45, from Bethlehem was detained in 2001 for committing acts of resistance against the Israeli occupation.

He suffered a heart attack in 2017 and underwent open-heart surgery, the Palestinian Prisoners’ Society (PPS) said in a statement

The statement said he suffered the latest heart attack Wednesday and his situation worsened as a result of deliberate medical negligence by Israeli prison authorities.

“The conditions of imprisonment caused a deterioration of his health, particularly after the surgery,” Amani Sarahneh, a spokesman for the PPS, told Anadolu Agency.

The number of detainees who have died in Israeli prisons has increased recently because of the policy of negligence practiced by the Prisons Administration as a form of torture against prisoners, Sarahneh said.

“There are more than 300 detainees suffering from chronic diseases who are facing the risk of a slow death in the prisons,” he added.

Two sections of Ofer prison were closed Wednesday. Israeli authorities isolated the sections after an officer was diagnosed with the novel coronavirus.

The PPS statement said forces recently stormed sections of Ofer prison where around 850 prisoners are detained to quell protests.

According to the group, 4,500 detainees are currently incarcerated in Israeli prisons including 700 patients, 300 of which are suffering from chronic diseases.