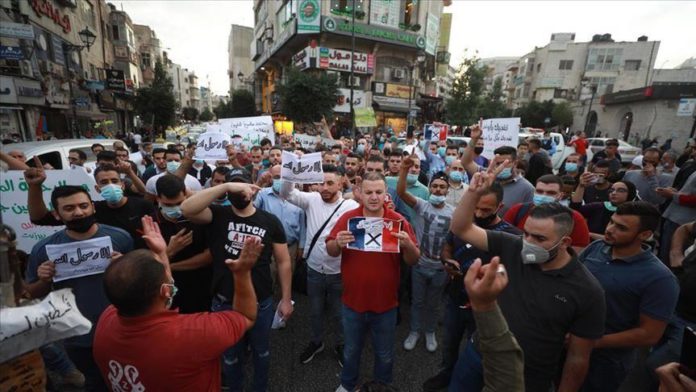 Palestinian preachers staged a rally in the occupied West Bank on Wednesday to protest French insults against Islam and the Prophet Muhammad.

Dozens of people participated in the protest outside the headquarters of the Ministry of Religious Endowments in the city of Al-Bireh.

“We follow with great dismay the continued publication of offensive caricatures of the Prophet, and we firmly reject any kind of insult against Prophet Muhammad and all the prophets,” the ministry said in a statement.

The statement continued: “These insults are a direct assault on our honorable Messenger, our religion and our faith”.

The ministry warned that a repetition of such insults would ignite hatred and hostility and serve to destroy the culture of tolerance and peace among peoples.