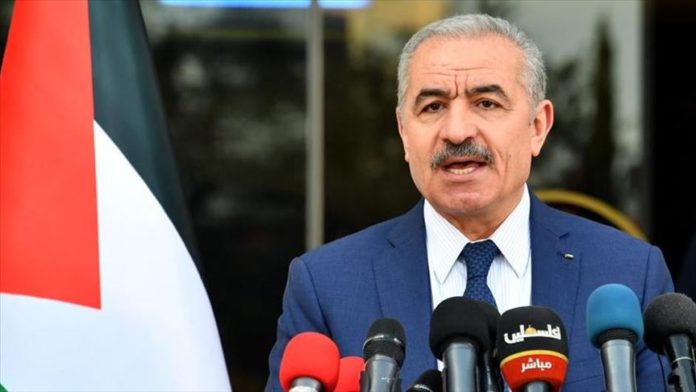 Palestinian Prime Minister Mohammad Shtayyeh urged the cabinet Wednesday to implement decisions on cutting relations with the US and Israel.

According to the official WAFA news agency, Shtayyeh ordered all ministries at the extraordinary cabinet meeting to take actual steps and urgent measures regarding decisions of President Mahmoud Abbas.

On Tuesday, Abbas said the country is terminating all agreements and understandings signed with Israel and the US, including on security.

Shtayyeh also called on the international community to fulfill its responsibilities and to provide the Palestinian people with international protection.

Palestinian officials have threatened to abolish bilateral agreements with Israel if it goes ahead with the annexation, which will undermine the two-state solution.

The plan has drawn widespread criticism from the Arab world and was rejected by the Organization of Islamic Cooperation, which urged “all member states not to engage with this plan or to cooperate with the US administration in implementing it in any form.