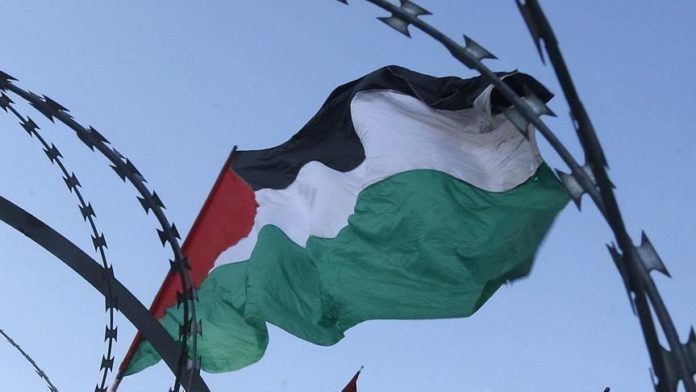 “I shoot you and say it was a mistake.” These brief words by an Israeli soldier were the specter of death for a Palestinian boy during investigation in the West Bank.

The Geneva-based Defense for Children International NGO documented the testimony of 17-year-old Ahmed, while he and his friend were subjected to detention, investigation and psychological intimidation in July, at an Israeli military checkpoint, east of Nablus.

The Palestinian boy said in his testimony: “Shortly after our arrest, the soldiers removed the blindfold from our eyes, and interrogated us about throwing stones at the military checkpoint … I denied it.”

He continued: “The Israeli officer interrogated me in Arabic and pointed his weapon at my face, saying: I shoot you and say it was a mistake, and I thought it was just a threat, but he prepared his weapon to shoot, so I shouted, saying: I don’t want to die.”

He added: “The soldiers blindfolded us and kept us sitting on the ground for about three hours, before taking us to Hawara detention center and from there to Megiddo prison.”

The same report documented the testimony of another 16-year-old Palestinian boy in Ramallah, who was subjected to an Israeli threat to arrest his parents and kill his brother if he did not confess to the charges against him.

Also, Akram, a Palestinian boy, said in his testimony: “They arrested me from our house at 4:00 in the morning, and was taken to the detention center, west of Ramallah, where I was subjected to a naked inspection after blindfolding and handcuffing my hands.”

He continued: “I was investigated for charges related to throwing stones and Molotov cocktails at Israeli military vehicles. I denied all charges, so the investigator dropped me on the ground while I was sitting on the chair, and he repeated that several times.”

He added: “The interrogator threatened me with the arrest of my father and mother and the shooting of my brother, and imprisoned me for a long period if I did not confess, but I continued to deny.”

In October, Defense for Children International called on the UN to intervene to release Palestinian child prisoners detained by Israel.

As of last August, Israel had detained 153 children in its prisons, according to statistics from the Israel Prisons Authority.

Roger Federer moves to 3rd round in Wimbledon