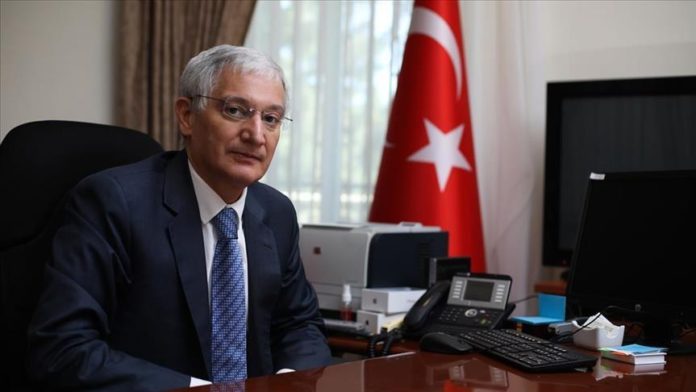 The two men discussed working life in Palestine, while Abu Jaish informed Demirer about the difficulties and rights violations faced by Palestinians in areas under Israeli occupation.

Demirer said Turkey’s stance on the Palestinian issue consists of “ending the occupation in accordance with international law and defending the rights of Palestinians.”

Abu Jaish thanked Turkey for its support in the development of all sectors in Palestine and in the international arena, the statement said.

The parties agreed on the signing of an agreement between the labor ministries of Turkey and Palestine and decided to initiate work related to the issue.