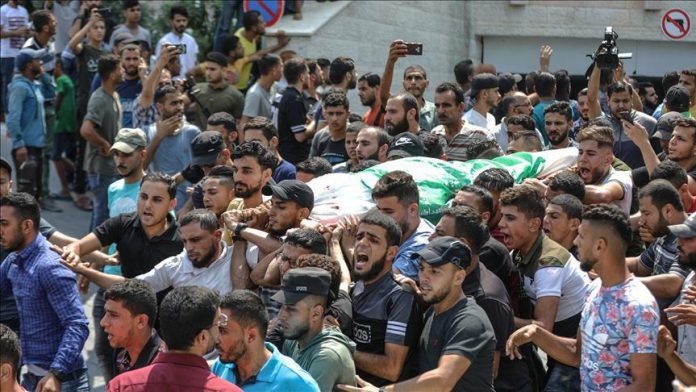 A Palestinian youth was martyred in an Israeli raid on the blockaded Gaza Strip on Saturday, according to the Health Ministry.

Ahmed al-Shahri, 27, died of wounds he sustained from the raid that targeted Khan Younis city in the southern Gaza Strip, ministry spokesman Ashraf al-Qidra said in a statement.

Two other people were injured in the attack, the spokesman said.

The Israeli army said it had struck a number of targets belonging to Palestinian group Hamas in Gaza after rocket fire from the Palestinian territory.