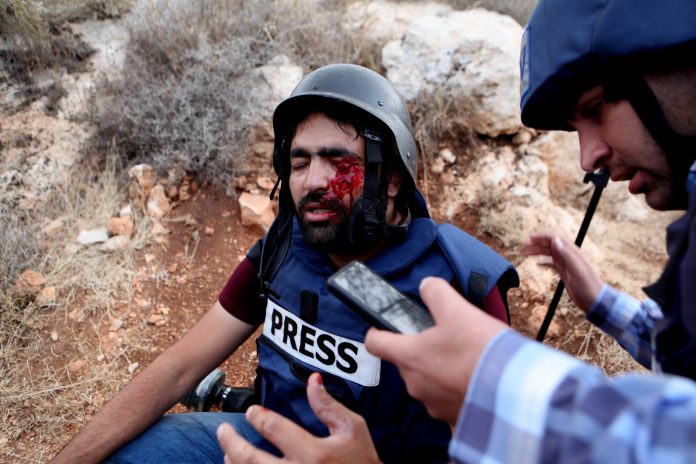 A Palestinian videographer has been blinded in one eye after being shot by an Israeli sniper while covering protests in the West Bank city of Hebron (Al-Khalil).

A freelancer from al-Dheisheh refugee camp in the West Bank city of Bethlehem, Muath Amarneh, 32, was shot by a live bullet in his left eye while covering protests in Surif village near Hebron earlier this week.

Photos of Muath with blooded eye, wearing his press life-vest and wearing his camera, went viral on social media in recent days, triggering solidarity campaigns with him from around the world.

US markets up 1% with retreat in metals, spike in oil