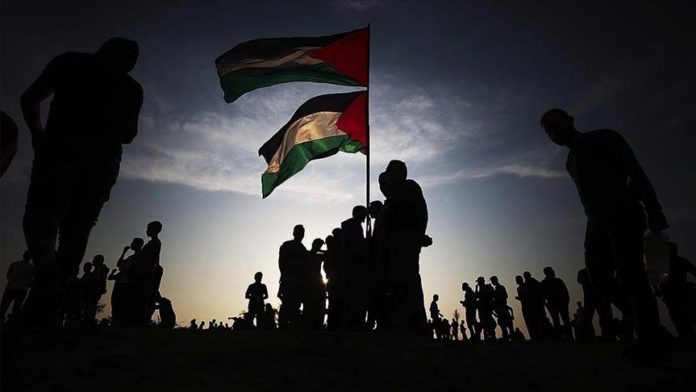 The Islamic Jihad movement announced Tuesday that it will not participate in upcoming Palestinian elections as the polls were being held in accordance with the Oslo Agreement signed between the Palestine Liberation Organization and Israel in 1993.

In a statement after the main Palestinian factions began a national dialogue Monday in the Egyptian capital Cairo to prepare for the elections, the group said the Oslo Agreement despises the rights of the Palestinian people.

On Tuesday, Palestinian factions agreed in Cairo to establish an elections court based on a national consensus among judges from Jerusalem, the West Bank and Gaza.

“The court shall be exclusively responsible, not any other judicial body, to follow what is related to the electoral process, its results, and the stuck cases,” said the final joint statement of the Palestinian National Dialogue.

The Palestinian groups agreed that President Mahmoud Abbas would issue a presidential decree to form the court.

The final statement confirmed that Palestinian police will be solely responsible for securing the electoral process, including guarding polling sites.

The groups convened Monday in Cairo to discuss issues related to holding general elections based on Abbas’s decree in January to hold legislative polls on May 22 and presidential polls on July 31 for the first time in 15 years.

Hamas and Abbas’s Fatah party have been at odds since Hamas seized the Gaza Strip from its rival in 2007.