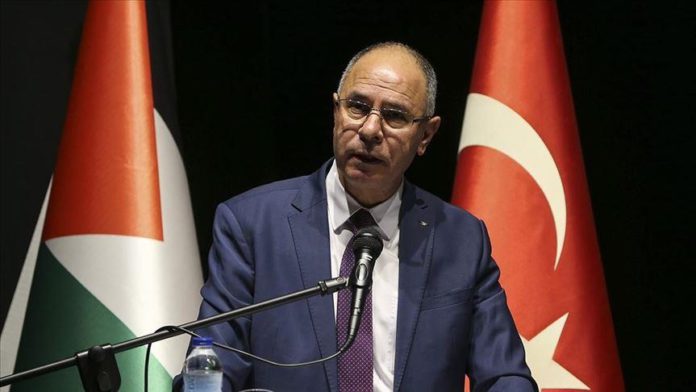 The Palestinian envoy to Turkey thanked Saturday everyone who supported the people of Palestine.

Mustafa also hailed the Republic of Turkey, especially President Recep Tayyip Erdogan, for their support to the rights of freedom and independence of the Palestinian people.

In 1977, the UN General Assembly called for the annual observance of Nov. 29 as the International Day of Solidarity with the Palestinian People.

Underlining that the Palestinian people have experienced trials and tribulations for more than 72 years, he said they have not given up fighting for their rights which are recognized by international law.

Netanyahu did his best to change the identity and status of the capital, eastern Jerusalem, enacted fascist laws, and isolated Gaza from the rest of the country and the world by imposing a blockade on the city, Mustafa said.

He also rejected US President Donald Trump’s decision to recognize Jerusalem as the capital of Israel and relocated the US Embassy in Israel from Tel Aviv to Jerusalem.

Jerusalem remains at the heart of the Middle East conflict, with Palestinians hoping that East Jerusalem — occupied by Israel since 1967 — might eventually serve as the capital of an independent Palestinian state.