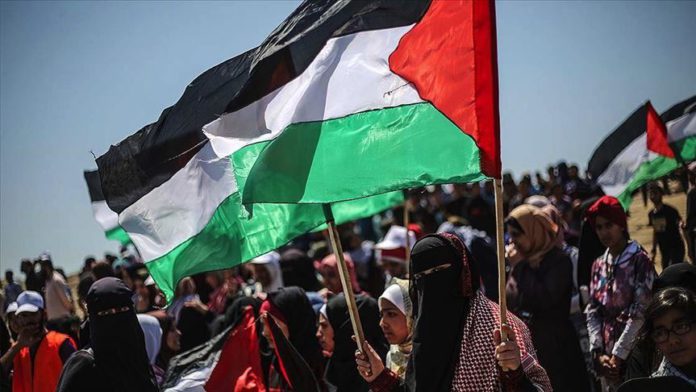 As Palestinians across the world on Friday observed Nakba or catastrophe, to mark 72nd anniversary of the forced mass exodus from their lands, an organization representing Palestinian diaspora called on the intentional community to act against Israel.

In a statement, the Popular Conference for Palestinians Abroad asked Arab and Islamic nations along with people across the world to be partners in the struggle against Israel to liberate the Palestinian lands.

“Today is the anniversary of the Nakba that uprooted the Palestinian people from their lands 72 years ago. This anniversary comes amid global health pandemic that has affected humanity,” said the statement.

The diaspora organization described Nakba as a political and humanitarian pandemic.

It further called for launching a struggle using all means to end the Israeli occupation. The diaspora organization urged countries to end all forms of normalization and cooperation with Israel. It also targeted some Arab countries who were rushing to normalize their relations with Tel Aviv.

The statement also condemned the Israeli plan of annexing parts of occupied West Bank and altering the features of occupied Jerusalem.

Established in 2017, the Popular Conference for Palestinians Abroad is a group representing the Palestinian diaspora.

Coinciding the establishment of the state of Israel in 1948, around 800,000 Palestinians were forced out of their lands and houses by the armed Zionist gangs. They also killed 15,000 Palestinians, according to figures compiled by Palestinian organizations.

The Palestinian population in 2019 stands at 13.4 million, with 5.6 million as refugees, according to UN Palestinian Refugees Agency (UNRWA).