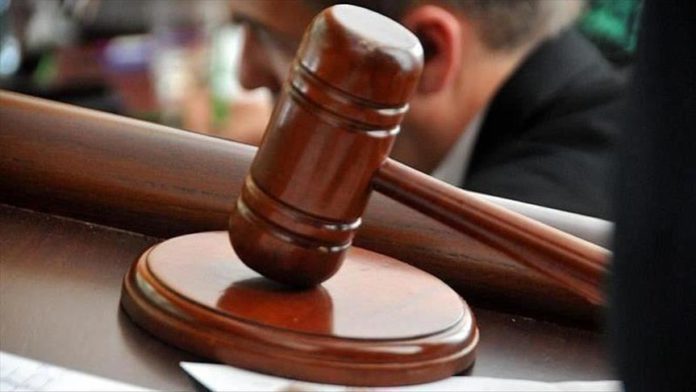 A Palestinian court in the West Bank city of Nablus held a session on Monday to look into a lawsuit against the British government over the 1917 Balfour Declaration.

The court heard testimonies of Palestinians, who were forced to flee their homes by Zionist gangs in 1948.

No British representative was present at Monday’s session.

“This is a serious and organized step to bring Britain to accountability over the damage caused by the Balfour Declaration,” said Munib al-Masri, one of the initiators of the lawsuit, which was filed by the International Commission to Support Palestinian Rights (ICSRP) on behalf of Palestinian families.

He unveiled plans to file a lawsuit against the British government at British and international courts over the declaration, a document that laid the groundwork for Israel’s creation.

The court has adjourned the hearing to Dec. 6.

The lawsuit says it holds “the UK legally responsible for the consequences arising from violating rules, morals and international law and for the crimes it committed during the colonization of Palestine, including the Balfour Declaration”.

Britain occupied Palestine in 1917 after bloody battles with the army of the Ottoman Empire and worked to facilitate the immigration of Jews into the country and empower them on the ground in preparation for the establishment of the state of Israel in 1948.

Upon Britain’s withdrawal from Palestine in 1948, Palestinian lands were captured by Zionist groups that expelled hundreds of thousands of Palestinians from their lands and proclaimed the creation of the state of Israel, an incident described by the Palestinians as the “Nakba.”

At that time, three-quarters of Palestine came under Israeli control, while Jordan ruled the West Bank and Egypt administered the Gaza Strip.

In 1967, Israel occupied the West Bank including East Jerusalem, the Gaza Strip alongside Egypt’s Sinai Peninsula, and the Syrian Golan Heights.

After the signing of the Oslo Agreement between Israel and the Palestine Liberation Organization (PLO) in 1993, the main cities in the West Bank (excluding Jerusalem) and the Gaza Strip were handed to the Palestinian National Authority.