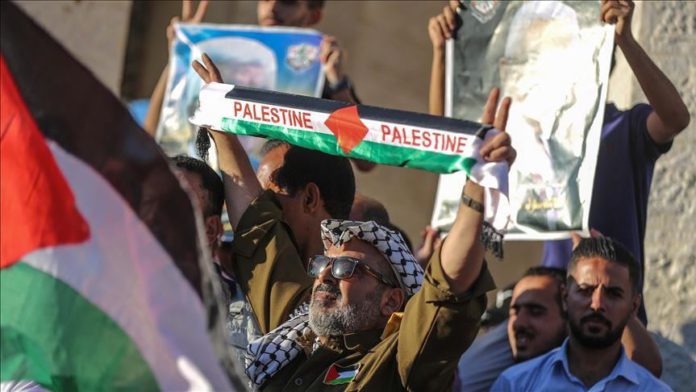 The Palestinian Authority on Friday condemned Bahrain’s move of normalizing relations with Israel.

“The Palestinian leadership strongly rejects and condemns the American-Bahraini-Israeli tripartite declaration on the normalization of relations between the occupying state of Israel and the Kingdom of Bahrain,” the Palestinian Authority said in a statement.

The statement called the move “a betrayal of Jerusalem, Al-Aqsa and the Palestinian cause”.

The statement added that Bahrain’s step blows up the 2002 Arab Peace Initiative and the resolutions of Arab and Islamic summits.

The Palestinian groups, including Hamas, considers Bahrain’s normalization with Israel as part of the US’ Deal of the Century which obliterates the Palestinian cause.

This comes nearly a month after the UAE and Israel announced a US-brokered agreement to normalize their relations, including opening embassies in each other’s territory.

Bahrain becomes the fourth Arab country to have diplomatic relations with Israel, after Egypt in 1979, Jordan in 1994 and the UAE in 2020.

Quarantine for travelers to England to be cut to 5 days