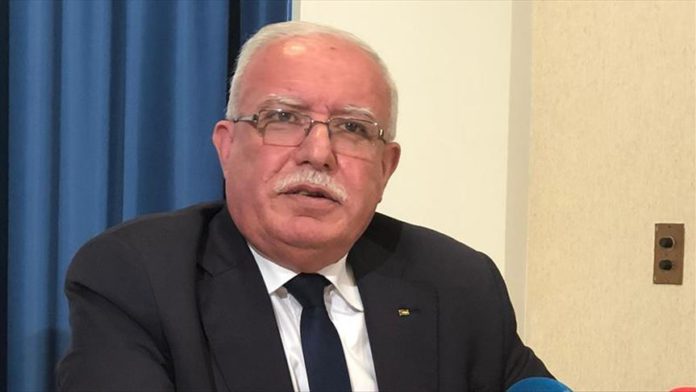 Palestinian Foreign Minister Riyad al-Maliki on Wednesday called on the Arab countries to reject a controversial agreement between the United Arab Emirates (UAE) and Israel to normalize their relations.

“We reject the Emirati normalization move and we hope that you [Arab countries] will not accept it,” al-Maliki said at a virtual ministerial meeting of the Arab League.

The top Palestinian diplomat described the Emirati-Israeli deal as an “earthquake that struck the Arab position”.

Al-Maliki said Palestine had requested an urgent meeting of the Arab League to discuss the UAE-Israeli normalization agreement.

“An Arab state, however, objected to the request and asked to discuss it at a regular session,” he said, in reference to Bahrain.

On Aug. 13, the UAE and Israel announced a US-brokered agreement to normalize relations, including opening embassies in each other’s territory.