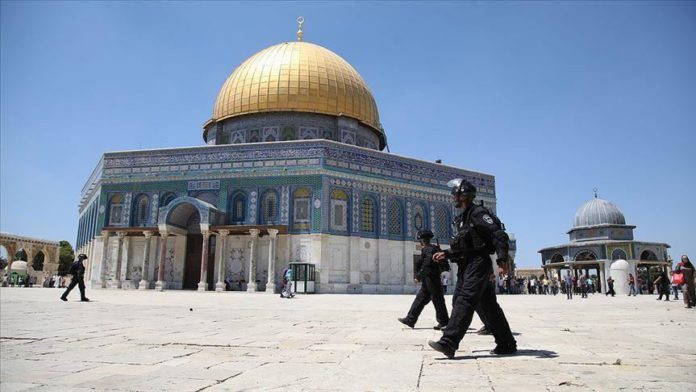 “It is sad to see some Arab delegations entering the compound through the Israeli gate, while worshippers are denied access to it to perform their prayers,” he said.

On Sunday, a delegation from the United Arab Emirates (UAE) visited Al-Aqsa Mosque under the protection of Israeli forces.

The visit came as Bahrain and Israel signed a deal on Sunday formalizing their diplomatic relations.

Shtayyeh described the Bahraini-Israeli deal as a “free reward to the Israeli occupation to encourage it to confiscate more Palestinian land and build more settlements”.

Bahrain, the UAE and Israel agreed to establish full diplomatic, cultural, and commercial relations following the signing of controversial normalization agreements on Sept. 15 at the White House.