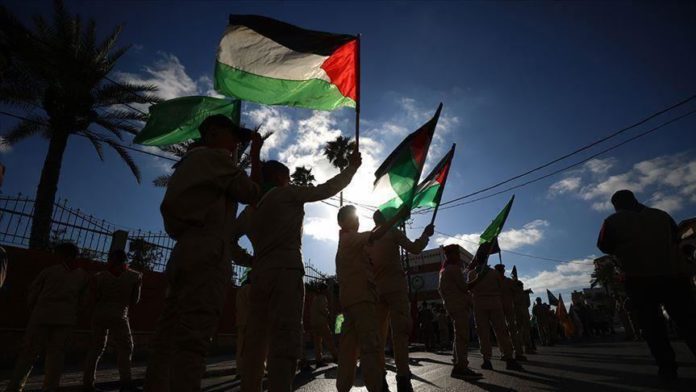 “The Palestinian leadership strongly rejects and condemns the surprising American, Israeli, and UAE declaration on normalization of relations,” Nabil Abu Rudeina, a Palestinian Authority spokesman, said in a televised statement.

“This step comes in light of Israel’s insistence on consecrating the occupation and the annexation of parts of the Palestinian territories,” he said.

Abu Rudeina went on to assert that the Palestinian leadership considers this step a blow to the Arab peace initiative and the decisions of the Arab and Islamic summits, and international legitimacy.

“This is an aggression against the Palestinian people […] Palestinian rights and its sanctity, especially Jerusalem and the independent Palestinian state on the borders of June 4, 1967,” he said.

The spokesperson condemned the UAE’s step to trade suspension of illegal annexation for the normalization of ties with Israel and to use the Palestinian issue as a cover for this purpose.

“We do not allow anyone to intervene in the Palestinian affairs or to report on our behalf about our legitimate rights,” he added.

Earlier, Trump announced Israel and the UAE have agreed to normalize relations, in a move forestalling Israel’s controversial plans to annex large swathes of the occupied West Bank.

Somalia: 'Families eating once a day amid virus crisis'